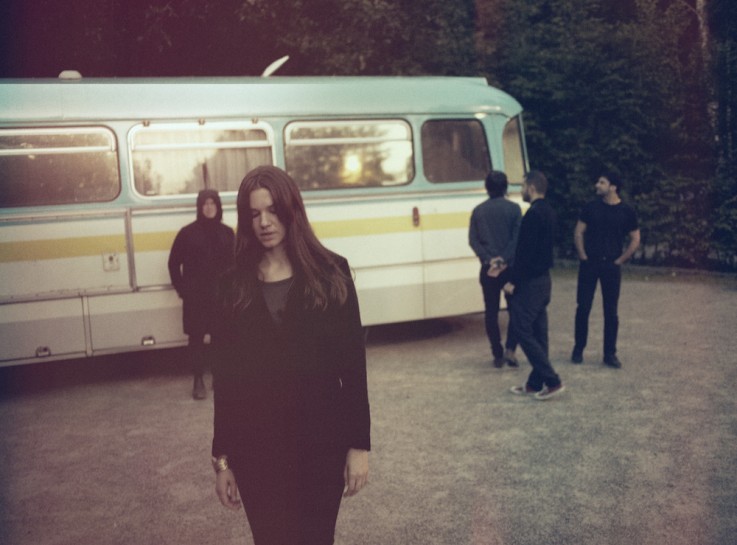 Josefin Öhrn and The Liberation

Getintothis’ Matthew Wood takes a soothing trip down some ambient avenues while a psychedelic war ensues in the background, and one band is quick to delight in the destruction.

Swedish Grammy Award nominees Josefin Öhrn + The Liberation are creating seriously transgressive tunes that has earned them places on the psych battlefront alongside giants Goat and Les Big Byrd.

Ghostly, delay-soaked, sensual vocals clash with the sound of a shimmering sword leaving its sheath, while a relentless, Horrors-esque synth bubbles, getting progressively more frantic.

With a nod to the tambourinist and the introduction of a thick, sludgy bass line, the track takes on a whole new mood; one with it’s final destination in its sights: a fantastic onslaught of seductively cool rock and roll.

I’ve always been a sucker for a lengthy, slow burning belter that is constantly working towards an explosive climax, and this track takes the blueprints for a truly memorable tune you’ll want on repeat after the first listen. There’s even a dose of french vocals for good measure, ooh la la indeed, Josefin.

The potential of 17 year-old Liam Brown, aka L U M E N, seems to have no limits. He first caught our attention around 12 months ago and subsequently was named as a nominee for the GIT Award 2016, yet his progression in such a short space of time really is quite astounding.

Now releasing his latest single, written, performed and produced all himself at Liverpool’s Motor Museum studio, a venture which was funded by the Merseyside Arts Foundation’s Development Fund, L U M E N is beginning to showcase his talents as an all round musical maestro.

Dreams might just be our favourite track of his yet. A real earworm. Combining choppy, Darwin Deez-y guitars with shimmering synths and a real dreamy melody, the track is a piece of indie pop perfection.

The whole track is covered in a glossy sheen, which is all the more impressive considering that the track is self produced. It feels like a massive statement from the young songwriter. The guitar riff will be dancing around your head for days. Perfect.

Hannah Peel – All That Matters

Music box making multi-instrumentalist Hannah Peel delivers a find brand of electronic pop that is darkly melodic with vintage trims. The Northern Irish talent has worked on numerous projects and built an impressive resume for herself, including being one third of the evocative trio The Magnetic North.

The track drives and surges on a rapid undercurrent, while a rather boggling arpeggiated harp sequence sends ripples throughout. Peel’s vocal drifts effortlessly, exposing her folk routes over the electronically charged track; it’s extremely pleasant to say the least.

A Boiler Room debut for Italy’s Indian Wells who takes minute, subtle sounds and harvests them masterfully over his electronic landscapes for a fully immersive sound that seems almost tangible.

Wells displays a wonderful dose of patience, allowing the track to build gradually, easing us into his world. A pounding beat and haunting space-age synths join the mix, recalling that unforgettable scene in Spielberg’s Close Encounters of a Third Kind.

The track is as danceable as it is a magnificent form of escapism; the punchiness of the beat becomes soothing among the ever expanding, dream-kissed soundscape.

After numerous threatened breakups, shifts in their lineup and a geographical split, as an outsider you might presume that a break up would be imminent. The Snixons, however, embody a deeply engrained affection with the toils and spoils of rock and roll, and mark their return, delighting in disorder and destruction.

A sumptuous drum fills kicks things off, gliding into a polished beat before the quintessential elements join the mix in the form of dirty chord strikes and the bitter bawl of frontman Charlie Daniels (D.A. Manning/Cockney Charlie).

While it’s not quite on a par with their powerful, preceding anthems Sex and Baby Just Do What You Got To! It’s a shrewdly written number that exhibits all that this band are about. When you persevere, you get results, and The Snixons are a glimmering example of a band transforming dedication into fruition.

Forget schadenfreude, hearing the return of Daniels and co. is a real treat, and we should revel in the fruits of their labour, ’cause who knows, they might split up again next week.

Another one here from The Charlatans frontman and renowned composer Peter Gordon. There’s a fantastic sense of musical freedom in this one with a vast array of instruments given their own voice and contributing to the feel-good, peppy sound.

Bursts of sax doff a pork pie hat to the upbeat Ska of The Specials, while the sun-kissed licks of guitar paint a British summer all nestled neatly in a funky clap beat.

Conveniently, there’s a lyric video in both English and Japanese so you can brush up on your kanji as you go.

The Aussie lads Holy Holy find happiness in the ordinary in the first single from their sophomore album; it’s a massive track armed with a confidence and potency that can only be the product of sell-out tours and a heralded debut album.

Lyrically captivating in its down to earth narrative of the tangible aspects of modern love, it’s no wonder Holy Holy see crowds flocking to scream their guts out to their tunes; their excellent songwriting demands it.

Equipping themselves with a prudently chosen horn section on top of their lofty layerings of guitar and keys has worked wonders for their sound. The once grounded track evolves in true Darwin fashion into a ferocious, psychedelic beast but moves elegantly rather than erratically to a champion finale.

The magnificent ambient work of Matthew Cooper, aka Eluvium, has often accompanied me during restless nights, lengthy train journeys or those more stressful hours of our lives, succeeding every time to soothe and calm like few other artists can.

His music is often sombre, consistently awe-inspiring and always beautiful, and Fugue State is no exception. Taken from his upcoming album, False Readings On out on Temporary Residence Ltd. on September 2, Eluvium’s mystical, glowing journey continues, and it’s as powerful as ever.

C Duncan – Wanted To Want It Too

Classically trained Glaswegian, Christopher Duncan was born into music and it shows, his compositions are gloriously ethereal vignettes of highly sophisticated dream pop.

It’s easy to recall the compositions of Chaz Bundick, aka Toro Y Moi, as Duncan opts for bursting orchestral synths and darker undercurrents that shroud the track in a cool, classy mist while the breath-heavy vocals nod to shoegaze legends My Bloody Valentine.

His second album Midnight Sun is out October 7.

You’ll be hard pressed to find a bass line much slicker than the one in this latest track from London-based duo, Tender. In fact, the whole track is pretty darn slick; with delicate guitar plucks and a mellow rhythm, there’s elements of Tame Impala’s latest triumph Currents, which must have been pretty painstaking to get right.

Penetrating the laid-back funk comes an exquisitely refined vocal duet that evokes the fine vocals exhibited on MGMT’s, Oracular Spectacular, then they treat us to a solo that swells concisely for a well measured finale.

These guys have recently signed to Partisan Records, so expect more from them very soon!

It’s tricky to settle into the latest single from Brussels-based Robbing Millions straight away; they’re consistently switching time signatures with hectic 80’s beats while sweet, little trills of guitar and synth riddle the brain for a challenging piece.

Like a classic jazz album that we mature to as it continues to reward us for our listening efforts, this track runs in a similar vein. Once you tune in with the somewhat anti-pop structures and soak up the over-riding psych-pop elements, you begin to see what Robbing Millions are achieving with their music; a blend of the classic past and  the uncertain future.

Their self-titled debut album will be out later this year.