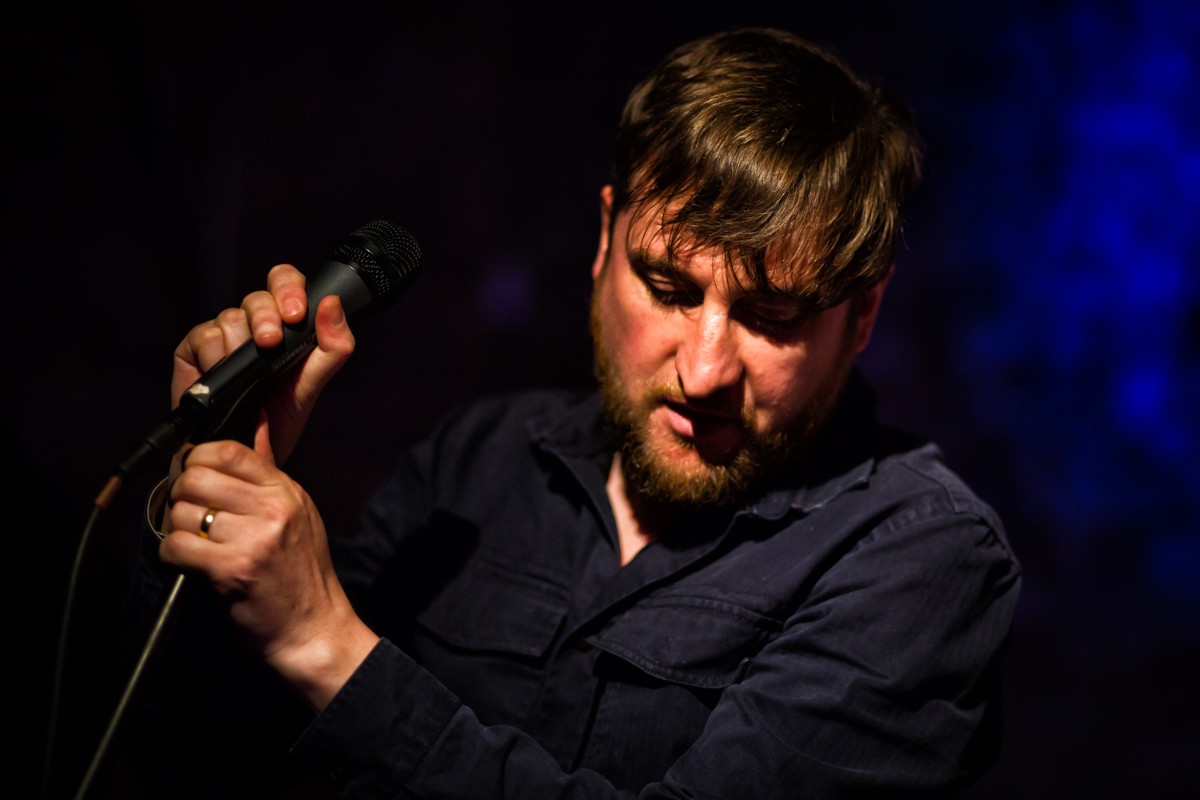 As Rogorongo head up a classy line up curated by Fat Sister, Getintothis’ Del Pike gets completely blown away.

As the sun fades and the wind gets up, It already feels like a moody and mysterious night, the perfect setting for the eclectic line-up at tonight’s Buyers Club show, put together by the good people of Fat Sister. Each act brings its own strangely magical vibe and come together for a special Sunday session.

First on stage is Mary Miller, a silver haired songstress with a beautifully brittle voice. After a nervous start with Fabricate, whose echoey vocals and distant guitar chords owe more than a little to The XX and King Krule, Mary gets into her stride. Crawl is more upbeat and gives her a chance to find her voice against some interesting beats. Bizarre out of step clapping on the backing track for Felt makes for a unique sound and further hollow guitar chords begin to sound like Seventeen Seconds era The Cure.

Mary‘s set is joyful, mournful and fragile all in just over 20 minutes, it will be interesting to see how her career pans out, she certainly has something a little different to offer. 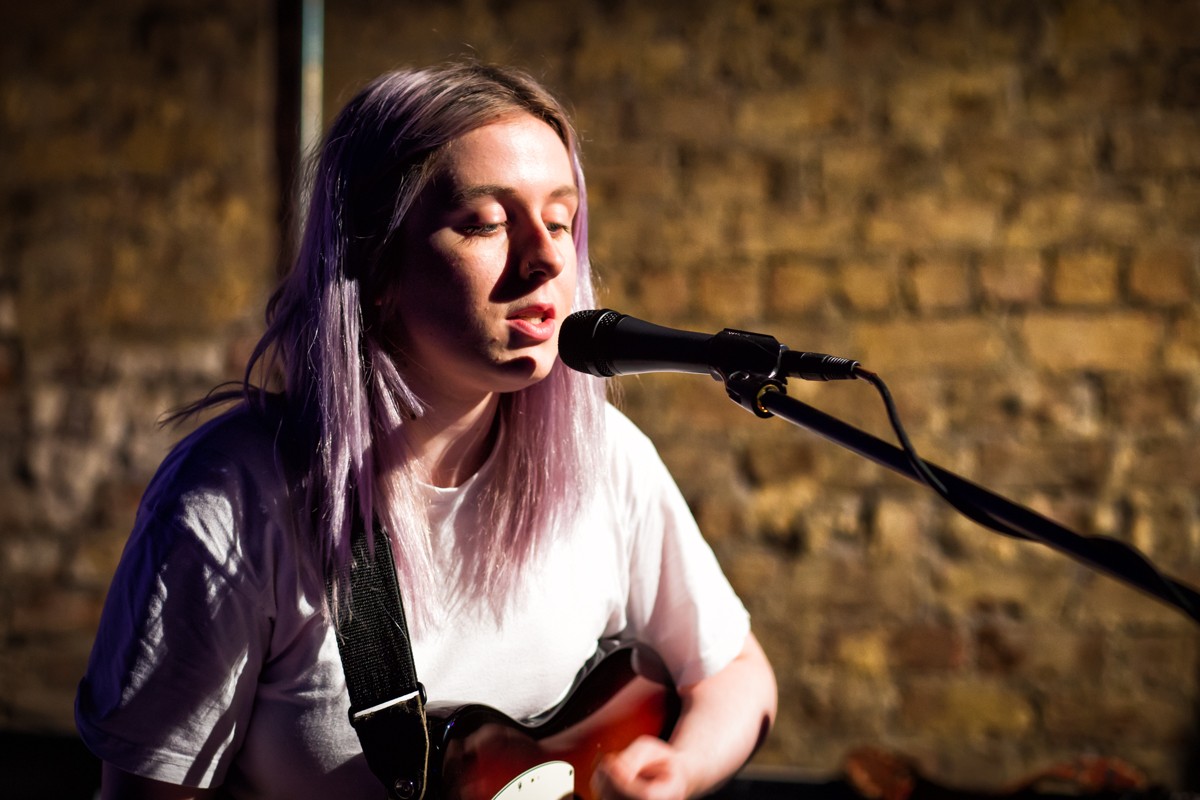 A Lovely War offer a different kind of magic with their quirky tunes that drift from whimsy to bouncy ska, like the infectious Baby don’t be so defensive. The puntastic Autumn leaves us blue is swirling psychedelic pleasure, with mesmeric Tomorrow never knows drum patterns. Sean Keogh, resplendent with keyboard on his knee could easily be in a world of his own if the tunes weren’t so damn sharp.

A cover of Bowie’s Sound and Vision is such a spot on choice, the distorted keyboards paying homage to the sound of the original track with Keogh‘s otherworldly vocals hovering above. A Lovely War provide that wonderful space between quality music and a place to dream, just on the right side of surreal but ultimately lovable.

Tom Low has brought his band with him tonight and pretty much performs the tracks from his melodic Deltasonic E.P, Phone. Tom is crafting his art and his sound is so much fuller since the last time this writer saw him performing solo last November. His easy vocal style and immediately catchy tunes are lost a little on a slightly muffled sound, which is a shame as his crisp voice is a joy.

The Paul McCartney comparisons that haunt Tom may start to fade as he appears to be very much developing a style that is a lot less Macca inflected than before, and possibly a little more hard edged. Tom is a true artist and clearly loves what he does, his band are tight and exude a positivity that is at once infectious. Stand out track tonight is Train, with its rolling keyboards and pan pipes, the magic keeps on coming. 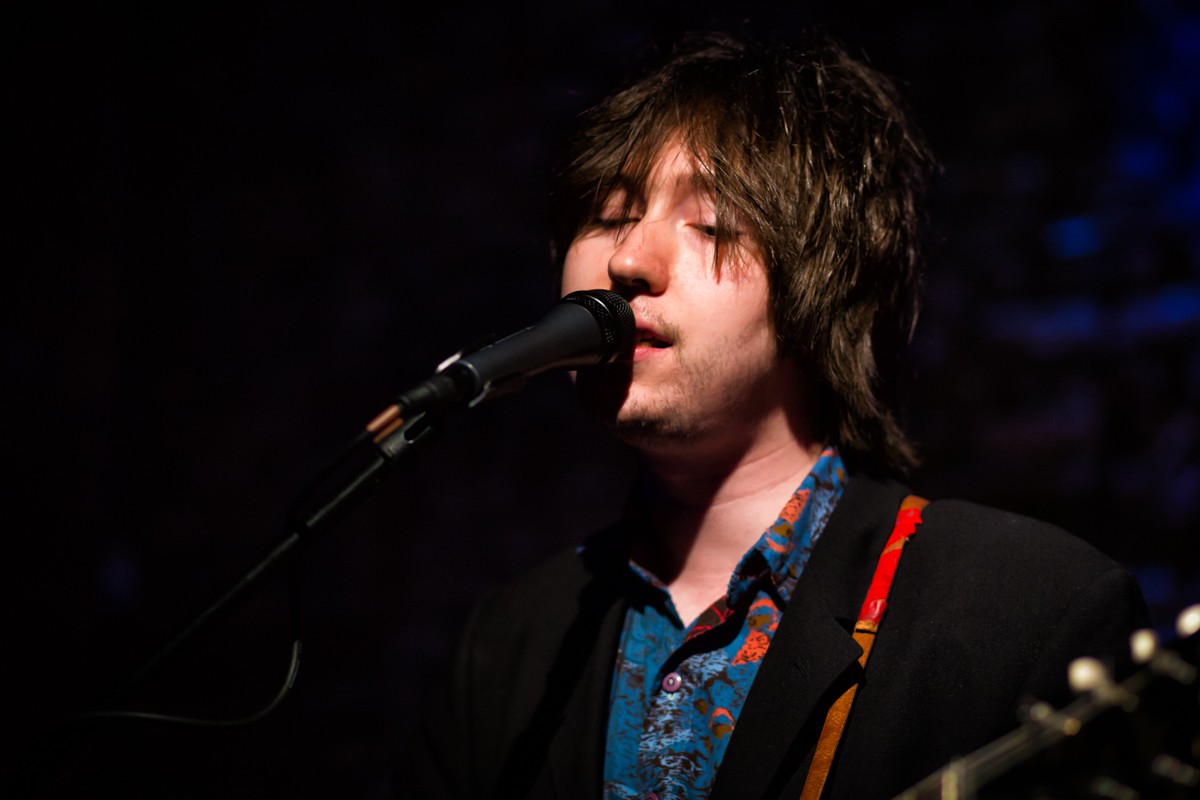 Rongorongo round up the night and completely tear the roof off the place. The Intensity of their performance cannot be easily described. The GIT Award finalists, fronted by the enigmatic Mick Chrysalid, are without any doubt THE band to watch this year. Mick himself is a revelation, his almost simian movements, grinding along to his own lyrics are hypnotic and surprising.

See why we thought Rongorongo were worthy of a special award

At one point he even tears his shoe from his foot and holds it aloft, God alone knows why. Leaping from the stage to hug friends and then stand back to admire his band, reads love and affection to us, the lowly audience, this is a man who loves his band. The Intensity of the heavy as lead Faster/Rots is almost unbearable, the audience swaying almost robotically in rhythm with the pounding chords. Its an intensity that can very nearly be compared to Radiohead.  Yes they are that good.

Its worth mentioning that the Rongorongo live experience bears very little resemblance to listening to their recordings. The electricity of their performance is nowhere close to being captured yet.

Vocally Mick has a great element of Ian McCulloch going on, and frankly the band are writing the sort of songs that The Bunnymen gave up on years ago. Where Mick Chrysalid differs from McCulloch and Yorke is in his unashamed pleasure, grinning like a child when he knows it’s going right. The juxtaposition of his rictus grin and spasmodic posturing is at once sinister but uplifting. After the third song he jokes, “We’ll do this then you can go home in a bit” but the bombshell is, its no joke. Four songs in and they’re away. Talk about leaving the audience wanting more, Man Alive!

If your life is a bit shit at the moment, make Rongorongo your new favourite band, they’ll be a miracle cure.

Well done to Fat Sister tonight for pulling together some brilliant talent and reminding us once again how lucky we are to have such incredible music on our doorstep.