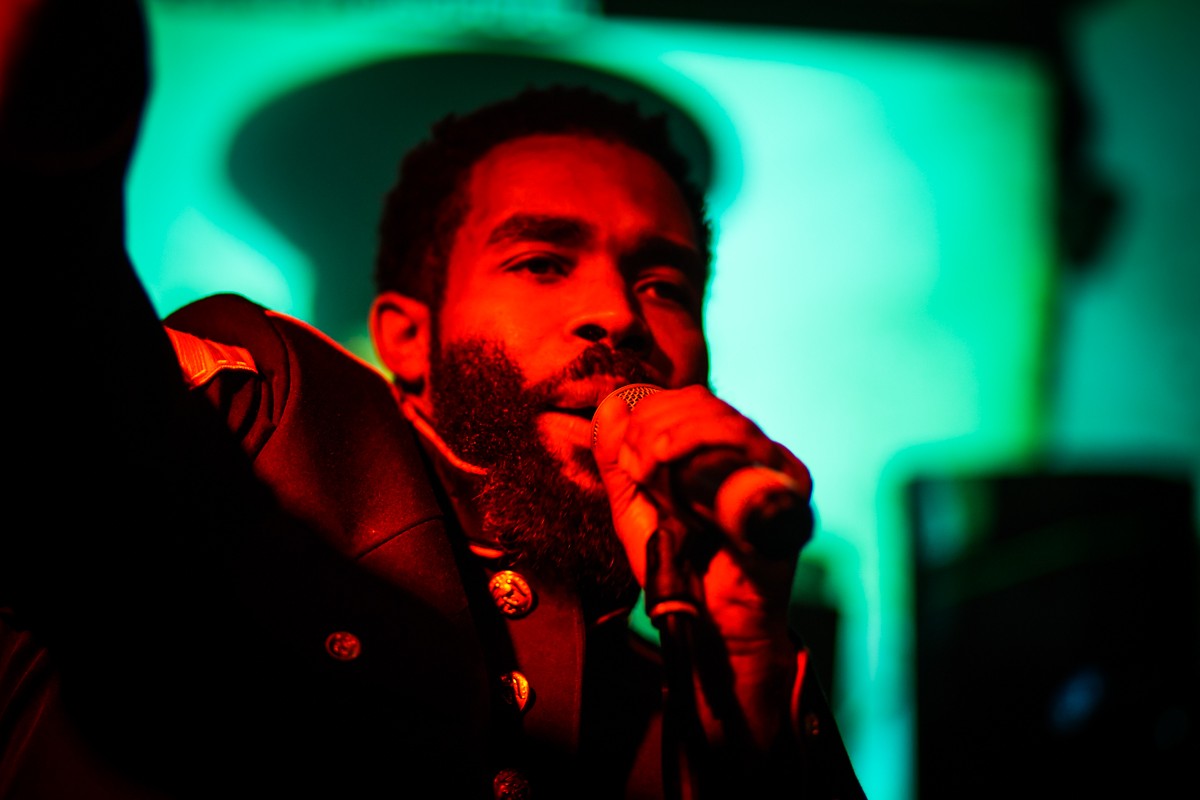 New York hip-hop legend Pharoahe Monch had the Kitchen Street crowd eating out of his hands at Getintothis’ Zach Jones’ contender for gig of the year so far.

In a world of hipster rappers, bedroom beat makers and internet sensations, tonight if anything, was a lesson in taking to the stage and how to still be top of your game as you approach half a century on the planet.

Tearing out of Queens in the early 90’s Pharoahe Monch‘s career has been repeatedly called ‘controversial’, normally referring to the un-cleared sample that ended his biggest hit ‘Simon Says‘ and put a dampener on his debut solo offerings.

However Monch, perhaps now at the age of 43, is fairly controlled. His music is clever, there’s few blag lines to kill time, and he is, if anything, a master of writing and producing good songs.

Tonight is no different, as he lights up Kitchen Street this isn’t a club night to boring bass-lines and vocal samples about ‘wild nights’. No, Monch whips the crowd up with lyrical prowess, and the tunes to back it up. Take note producers of the future, it’s not about how heavy you can make your songs. Monch un-ashambebly spans the record collection with samples, beats and snippets of R&B, Motown, Soul, Reggae and, er … country?

And he’s on his game tonight, there’s no sloppy flow or killing time, each syallable hits home, each rhythm tears through and at the end of the day, these are just good songs. In twenty years or more of refining his craft, Monch has mastered the art of leaving the security of the studio, and taking it to the stage.

To often good songs fall flat under the stage lights, the crowd staring you down, and some times just a DJ and a microphone doesn’t do it justice. Not tonight, not with Monch. Every hit is huge, hands go up, hips move, heads nod like dashboard decorations in a mag 5 earthquake.

A true legend of New York hip-hop, four records deep into his career, graced a venue where he could see the eyes of the people in the back row. While floods of unaware punters swamped Concert Square to listen to remixes of Justin Bieber and buy pints move expensive than an hour on minimum wage. In a renovated building, in an old industrial estate 15 minutes away, THE Pharoahe Monch has a crowd of no more than 300 eating out of his hand. A true testament to real nightlife culture and not the perversion of it we’re all so familiar with. As Liverpool’s No Fakin DJ‘s spin through the best and biggest beats into the night, If this isn’t a contender for gig of the year, what is?

To the bedroom beat makers, take note, this is how you do it.