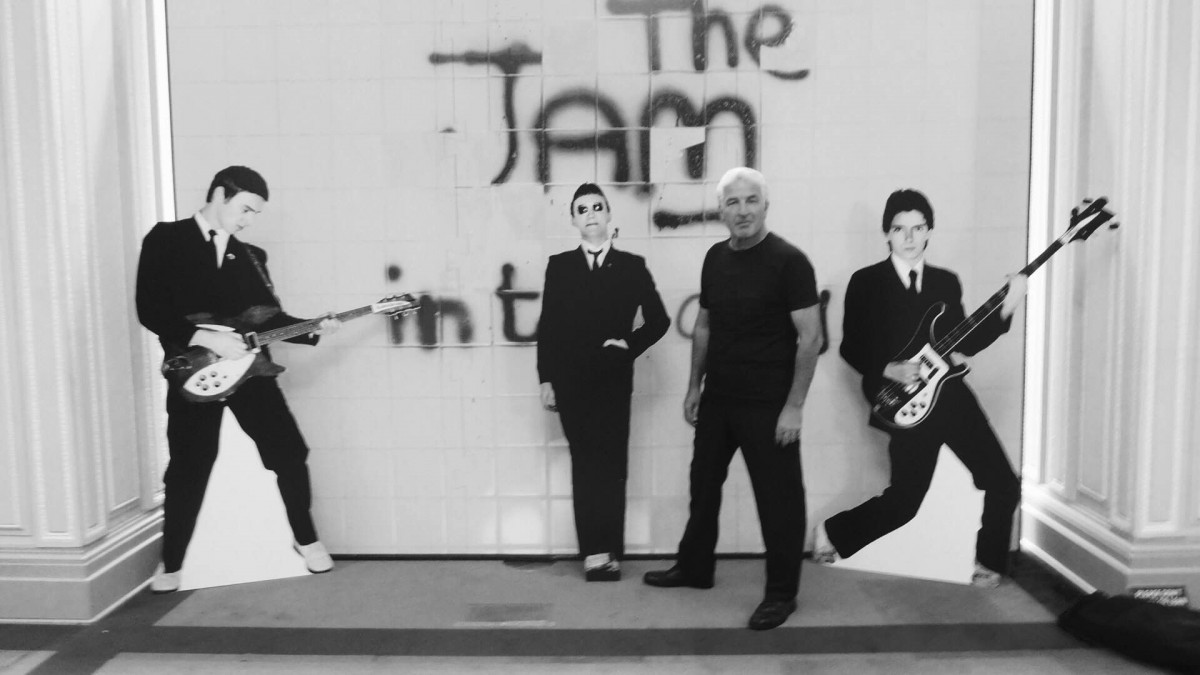 In the latest Lost Liverpool, Getintothis’ Paul Fitzgerald takes a look at the acclaimed photography of Francesco Mellina and speaks to the man himself about those days, the characters, music and fashion.

Italian born photographer Francesco Mellina catalogued the gigs, fashions and art of the late 70s and into the 80s, most notably with his stunning archive of images taken at Eric’s, and published some of this archive in his book REVEALED – The Photographs of Francesco Mellina 1979 – 1982. Now, with The Jam exhibition About The Young Idea currently housed in The Cunard Building and expanded to include some of Francesco’s images of the Woking three piece,

Mellina grew up in Polistena, Calabria, southern Italy, in 1952. Obsessed as a youth with all things British, he taught himself English by listening to The Beatles and The Rolling Stones, and eventually embarked on a tour of Europe which found its natural final destination as Liverpool. As with so many people, before and since, on visiting this outward facing and inwardly welcoming port city, he felt he’d found his home.

“The reason I came here in the first place was firstly The Beatles, and secondly because I just knew instinctively, that the culture here was right up my street, there wasn’t any kind of plan or anything. From the age of about 10 or 11, I just always wanted to be in Liverpool, I knew my goal was to be here, for no other reason than the fact that The Beatles were here. I knew I had to come.”

Once in Liverpool, and sure of only one thing – the fact that he was going to stay, he set about planning his next move.

“I’d always wanted to be part of the cultural scene of Liverpool, and my way in was my camera, photography was my way in. Of course, I couldn’t play, I couldn’t sing, I can’t write, but I genuinely liked photography, so I went and started studying at the Art College.”

He settled into the city with ease, and college just as easily, learning his way around the camera, and, as others around him were, he began seeking out that vibrant, inspiring, and influential scene he felt the city would give him. A place to be. To belong. In such a creative and inspired place, that didn’t take too long to happen. As with much of the rest of the country, Liverpool was on its knees economically, decades after being so pivotal in the war effort in the second World War, the city had been left to itself, ignored by successive governments. So often, hardship builds creativity. Liverpool in the mid to late 1970s was certainly no different. On the  October 1, 1976, Eric’s opened. Mere mention of this club brings a smile to Mellina‘s face, as it does to so many who remember this special venue well.

‘I didn’t actually get down there until ’77, so many people were telling me about this place, the music and the people down there. By this time I finally discovered the place, I was way in to my course, and I was able to do what I wanted to do with it, so I wandered in, down those stairs…and it was like….that’s it. I’m here. I think if you ask anybody who was part of that scene, you know, Wylie, McCulloch, Bernie Connor, whoever, they’ll probably tell you the same thing. I felt, this is it. The people, the whole atmosphere of the place, everything. It was amazing. An incredible feeling. And the first night I went, The Ramones were playing, I just started photographing them. So that photo in the book, (an iconic shot of Joey Ramone in classic pose, skintight patched denim, hair, biker jacket) is actually the first picture I ever took of any band‘

An auspicious start to what is a fascinating catalogue of the times. As with the Joey Ramone shot, in so many of the live images in REVEALED we see the explosive energy and excitement of the moment, the filth and the fury, the absolute B of the Bang, captured in stark monochrome, uniquely by Mellina‘s lens. About The Young Idea now features two images from the book of The Jam at their absolute pinnacle, live at The Royal Court in 1981, with a youthful Weller, characteristically sneering in gruff, blazing voice, and Bruce Foxton wrangling the Rickenbacker in true Foxton fashion. 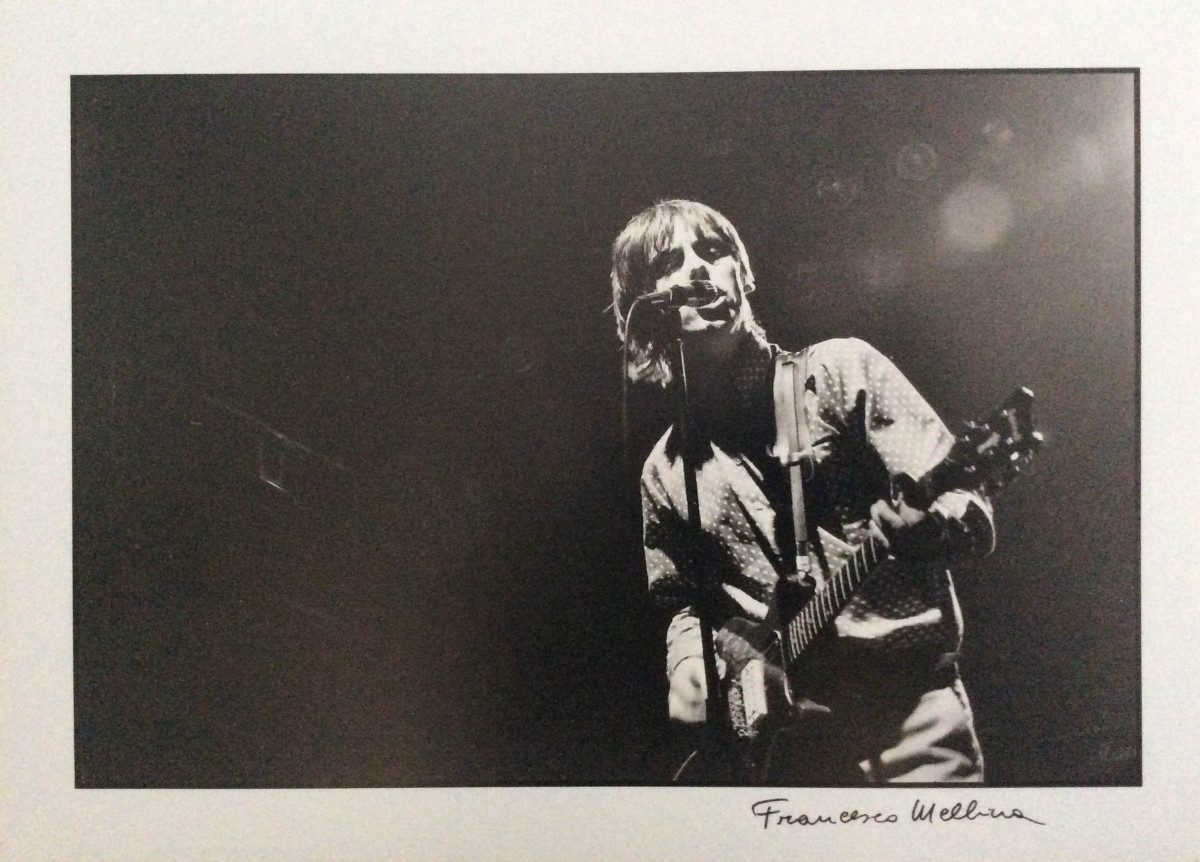 “I was greatly helped by the fact that I had so much access. The kind of access you just don’t get anymore, I’m right there, on the stage with the band, the intimacy and immediacy of it, and capturing that energy stems from the fact that I always wanted to be a photojournalist, because, to me, people always mattered. I like people, and to observe their behaviour.

“My hero, in photography terms, was and is Don McCullin, the war photographer, and that was what I always wanted to be. But in many ways, places like Eric’s became my battlefield. I was caught in between the two, the band and the audience, that’s how I saw it. The noise, the excitement of it all, I was there at the centre but at the same time, I felt like I was on the outside looking in. In it, and out of it. And there was never anything more exciting than witnessing something through the viewfinder of a camera, and being able to record what happened. In some way, with that little box, you’re making something that, at least to you, will remain important for the rest of your life.”

It wasn’t all live work though, the scene was the people, as well as the places, and existed wherever those people found themselves. In rehearsal rooms, car parks, people’s flats, clubs, bars, The book shows Mellina‘s work in several cities too, Manchester and London both feature heavily. After all, the Matthew Street club was by no means Mellina‘s only battlefield. Sections of REVEALED focus on his time in Glasgow, photographing a similar scene. Much time was spent in the company of Alan Horne, who with creative partner Edwyn Collins, gave the world the now legendary Postcard Records, so some incredible images of those early 80s days, and much time was spent in Horne’s equally legendary Glasgow flat.

“Ah, Alan. An adorable guy, but a smart cookie. A real smart cookie. I loved him for the way he dealt with the people in London, he gave me a lot of advice when I started managing too. What a great guy. And that flat has to be the most famous flat in Glasgow. Everybody came through there, and I mean everybody. It was a crazy place.”

Great photography of people relies strongly both on engagement and trust, and those two elements are clearly seen in Mellina‘s work. In what may have been seen as challenging or difficult circumstances by others, is visioned here as inclusive and enjoyable. It’s depicted there, in the relationship between the subject, the camera, and the photographer, as it is in the situation. Mellina thinks he was able to build these relationships, and this trust, is down to the fact that people regarded him with curiosity rather than anything else.

The Jam: About the Young Idea takes over Liverpool’s Cunard Building

“They didn’t see me as an outsider, exactly. I think they just thought, ‘Who the fuck is this guy?‘ They just saw me getting on with it, accepted me, with my camera, and whoever I was photographing, I was always respectful, and I think that helped.”

Francesco made the move from photography into management as a result of him taking pictures of Pete Burns, who at the time was fronting Nightmares In Wax. When that band ended, he brought Mellina in, who set up a label especially, did a deal with Rough Trade for two singles which did well, and then signed them to CBS Records. Tales abound of Burns, the look, the attitude, his ‘customer service skills‘ in the original Probe Records. Known more now for his reliance on his cosmetic surgeons and his appearances on reality TV than anything else, Burns back then was a very different creation. A formidable personality, and an impressive frontman with Dead Or Alive, Mellina thinks more attention should be given to that Pete Burns, than the cartoonish self parody some believe he has become today.

“The thing with Pete is, he has a lot of fans who prefer his early work with Dead Or Alive, he was incredibly hard working in those days, he wanted it so badly, and I don’t think people give him enough credit for his lyrics. The lyrics are great, it’s just that he wasn’t taken seriously because of his image. People think he couldn’t write, but he could, he really could. It was all about the curiosity aspect, what he looked like. But when he asked me to manage them, I knew that because of that, 50% of my work was done. And through my photographs, I’d put him all over the place, in all the press, before he even had a band. And the crucial aspect to all this was that he was in Liverpool. In cosmopolitan London at the time, that look wouldn’t really shock, but in a tough port city like Liverpool? So, within 18 months of meeting, we’d had two singles, top three in the indie chart, and the phone was ringing, they signed to CBS, and went on to have hits all over the world.”

Mellina sees REVEALED as a testament, a document of incredible times, the pop culture and sub culture of a truly explosive creative time, both in his hometown of Liverpool, and in Britain. A time before Thatcher‘s tanks started rolling northward, the DIY ethic being written before the very eyes of those writing it. REVEALED covers the period between 79 and 82, and he has plans for the next book, but for now, he’s pleased to have a couple of great images of The Jam brought into the exhibition, and more than pleased to see the book in libraries and gallery shops across Liverpool.

“It was a time, we were all just winging it, everybody was. None of us really knew what we were doing, we just believed that whatever it was, we were right. I often say to people, all you need is two things. Belief and passion. As long as you’ve got belief in what you’re doing, and the passion for doing it, it’ll happen, you’ve just got to not give up.” 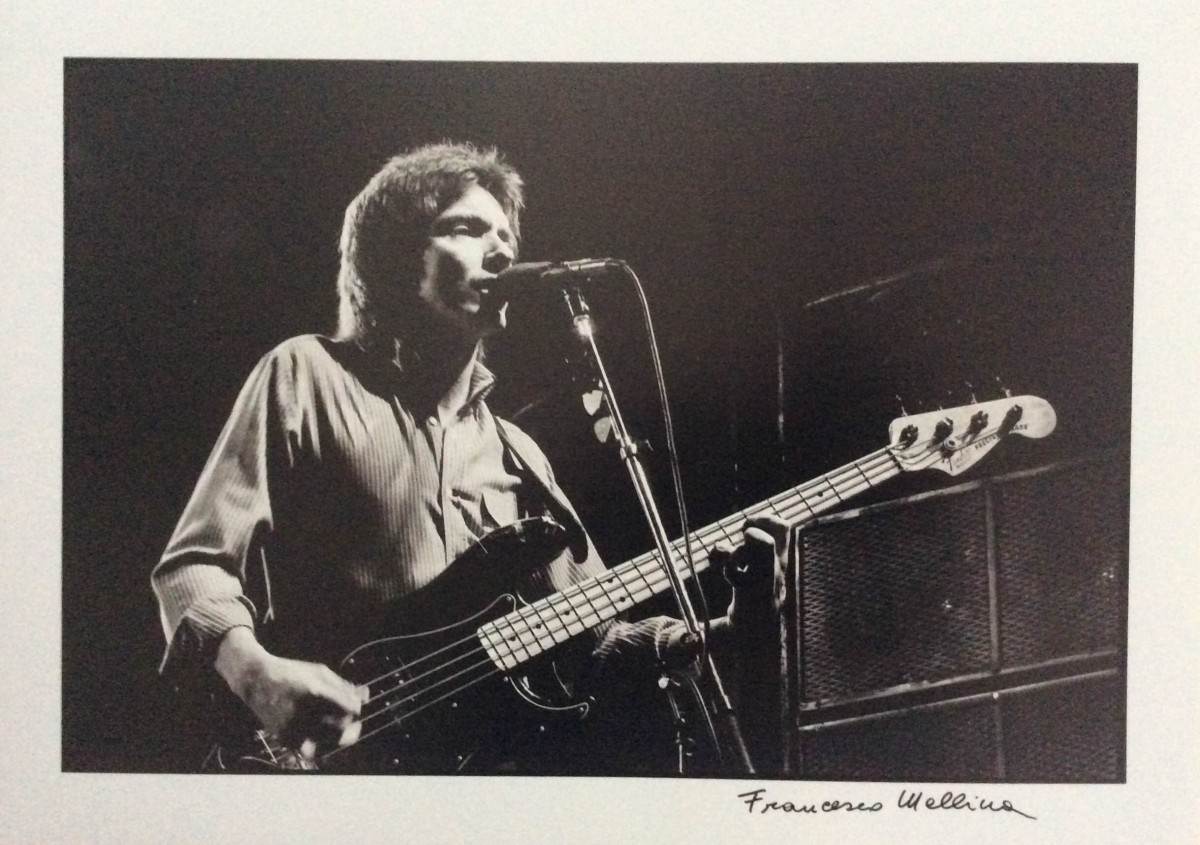