A diverse evening of music at the Buyers Club was topped by the return of New York polymath Jeffrey Lewis to the city and Getintothis’ Rick Leach was entranced by it all.

Sometimes the best gigs are when there’s some sort of coherence to the acts, where there’s a common theme and a sense of narrative flow between the support and the main attraction; a sense of something building to an inevitable highpoint.

On the other hand, there’s gigs where the sheer variety of what’s before you is to be applauded. Sometimes- and more often than not- that pick and mix approach turns in a bit of an unholy mess. Like a badly put together compilation album, it can all get a bit jarring and disconnected. However, there are rare occasions when it works and this Howl at the Moon event at the Buyers Club was one of those.

With three acts turning up to support Jeffrey Lewis, we had a full night of entertainment ahead of us. Kicking off the proceedings, armed with nothing more than an acoustic guitar and a sheaf of heartfelt songs was Carl Moorcroft.

His punk roots showed through the short set and he wasn’t messing around. One song rapidly led into another and that impassioned, almost early Billy Bragg-ish feeling proves you can’t go far wrong with a frenetically strummed acoustic, a strong voice and tunes about love, loss and more. On the rare occasions he turned it down a notch or two with the addition of almost flamenco flourishes, there was slight relief and a sense of something a bit deeper and maybe even a soulful edge developing. It’s clear that Carl Moorcroft knows his way around a tune and he left the stage to appreciative applause.

‘Crewe, Macclesfield, Dewsbury…’ Those were words we weren’t expecting to hear from the stage. It wasn’t a stray station announcement wafting over from Lime Street either, but a cover of The KLF’s classic It’s Grim up North as performed by Bad Meds. And performed in a way that was entirely unexpected and therefore pretty ace.

Imagine if you will, or can, an American hardcore band such as Killdozer or the Minutemen fronted by Mark E Smith and topped with a chuggy yet tight-as-fuck angular sound in an almost free-jazz style. Well, you’d be getting pretty close to what Bad Meds sounded like. There’s something fairly interesting going on with Bad Meds, a sense of space and intrigue and like the early Fall or even Crass, a dark tension. It wasn’t just us that wanted more; their short-ish set finished much too soon as well for what by now, was a packed audience.

It was packed and it was hot as Big Safari took over and it became more packed and even hotter as their set rumbled on. It’s good to hear a band that’s trying to do something a bit different and Big Safari are clearly trying to do just that. They’ve been billed as ‘glammy stompers’ but to our ears they sounded more like a strange mix of hardcore rockabilly and My Bloody Valentine. It was as if they had stepped from the set of Twin Peaks and jumped onto the stage at the Buyers Club in one fell swoop.

Everything starts, stops and starts again in spiky and splintered bursts. It’s loud and vibrant and exciting and provoked grins and smiles the way good music should. There’s a determination about them that you can’t help but admire and their open-minded approach to music won everyone over, especially when they ended their set with an impromptu walkabout into the centre of the crowd.

From three wholly different and unique Liverpool acts we moved onto the headliner for the whole shebang and all the way from across the Atlantic, comic book artist and singer songwriter, Jeffrey Lewis.

There was an extended delay once he and his three piece band, Los Bolts, got on to the stage. A last final soundcheck is understandable but there was a lot of messing around with a white screen at the back of the stage. Was Jeffrey going to show us his holiday snaps? Was there to be a PowerPoint presentation? It was difficult to say, but we all stood patiently. After all, we’d seen three good acts so far and it was worth waiting another twenty minutes for a fourth.

We’d already had unexpected words sung that evening but to hear an American crooning about ‘Yorkshire pudding and gravy, full English breakfasts and fish and chips with salt and vinegar’ as Jeffrey Lewis opened with a solo rendition of My Favorite Things About England is the Food was a very good start indeed. And it made us feel quite peckish as well. The power of music.

It was surprisingly busy as well; we never realised that there were so many Jeffrey Lewis aficionados in Liverpool. Maybe it was because it had been a good few years since he’d last played here but sometimes good things are worth waiting for.

If you’re new to Jeffrey Lewis’ work or haven’t completely worked your way through what is now a vast canon of recorded music stretching back for nearly twenty years, then you might be forgiven in thinking that Jeffery Lewis is really making songs with a slight Jonathan Richman slant; wry and whimsical and something to make you smile slightly and move on. Nothing wrong at all with Jonathan Richman and whimsy of course, but on the strength of this gig alone, there’s much, much more to Jeffrey Lewis than that.

Three songs in and we were treated to a stellar rendition of Sad Screaming Old Man from his latest album, Manhattan. On the face of it, it’s a sub-early Dylan-ish thrash but there are deep roots in there as there are in many of his songs, deep foundations that stretch back to early jazz and blues and folk, song telling traditions. The story seems to be everything- a narrative where we want to know what happens next and we were all craning our necks to hear the endings to Scowling Crackhead Ian and Outta Town. The latter contains the line ‘I’m like a tall tree without a giraffe without you’ which is up there with Captain Beefheart’s ‘A carrot is as close as a rabbit gets to a diamond’ as something that should be engraved in granite and presented to a grateful nation.

Jeffrey Lewis is a natural heir to those other great American songwriters, Randy Newman and Tom Lehrer and like Newman and Lehrer, he isn’t simply a songwriter with a sardonic edge. Whereas Newman is now famed for writing scores and Lehrer achieved acclaim as a mathematician, then Lewis has another string to his bow as a comic book artist.

Tom Lehrer may not have interrupted a stage show to run through some arcane mathematical formula but Jeffery Lewis gave us a run through his History of Communism Part 7: Cuba comic with musical accompaniment, the comic being shown page by page on the white screen, while he gave us a potted history of Cuba from the 16th century to the present day. It was humorous, balanced, informative, visually impressive and he managed to do it in rhyme. Much better than a PowerPoint presentation. Much better.

By the time his set finished with three solo songs – including a cover of The Velvet Underground’s Heroin with totally changed lyrics – without the backing of Los Bolts, a few (only a few) people already had started to drift away. This could be put down to the fact that his almost Springsteen length set lasted for 90 minutes and as it had started a bit late, some were rushing off for the last train. The local band factor for the support acts may have had something to do with it of course and maybe, for some people, Jeffrey Lewis is not for them.

Each to their own, but for the vast majority of us there who stayed right to the end, we all left knowing that Jeffrey Lewis is for us. A great evening. 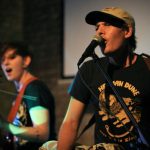 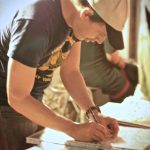 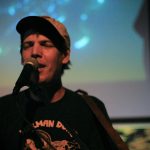 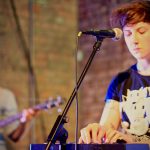 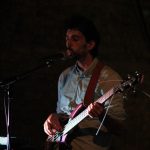 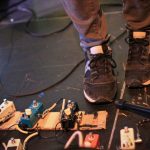 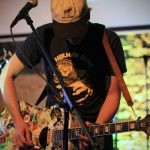 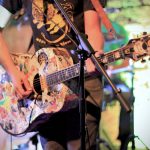 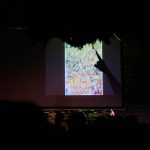 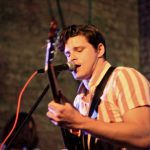 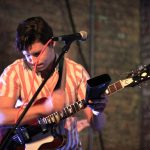 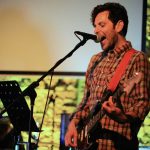 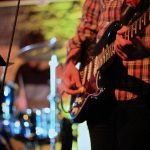 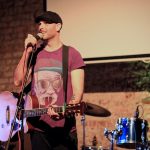 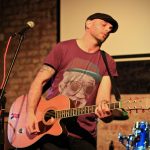