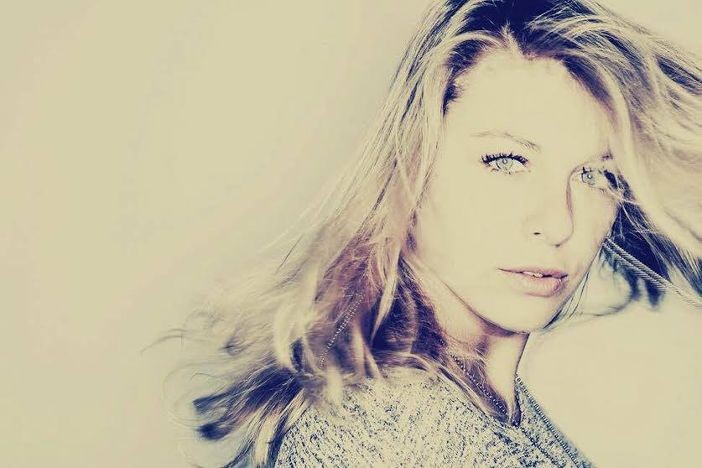 Dutch underground techno artist Odette has been sending waves across the North Sea for the best part of 2016, Getintothis’ Ste Knight gets his surfboard out.

Odette first popped up on this writer’s SoundCloud feed around six months ago, about the same time that her first solo single, The Divine Line, was released on French underground dance imprint, Denise Records. It is the swirling, almost layered-sounding bassline that first catches the attention. It is as discombobulating as it is entrancing – a bit like an aural dissociative if you will.

The track’s minimal stylings allow the bassline to stand at the forefront, while the echoey, swooshing synth gives a spatial quality to the track – almost like the sound of electricity coming down a train track, in a tunnel. You feel like you’re dancing inside it. The stuttery vocal snippets add to the wonderful confusion. We’re telling you, this would sound great hitting you in the face from a whopping Function One rig. The rest of the single is equally druggy; trippy, minimal cuts with a lot of focus on the bottom end. Awesome.

It is this underground ethos we mentioned that embodies the work of Odette, who hails from Bergen, just outside Amsterdam. She started out as a DJ, and earned herself a wealth of accolades on the highly respected Dutch dance scene. In 2016, Odette saw her first release, on Proton Music, where she appeared alongside Navar on their Ava Mea single.

Get into our monthly dance column, Footsteps on the Decks, so Ste Knight can bark electronic music-based orders at you

Her most recent offering, View From the Top, is an altogether chunkier affair than Divine Line. Pounding house is the order of the day on opener Kaleidoscope. We’re pleased to report that Odette hasn’t eshewed any of the trippy qualities present in her previous material. For some reason it is easy to imagine yourself at a festival, going heads down to this in some sort of forest rave. Boss.

The single is somewhat reminiscent of Love Story era Layo & Buswacka, or some of Daniel Steinberg‘s productions – in particular his recent album, Left Handed. There’s definitely some classic house leanings going on here, but what Odette manages to do is make those sounds current. The second track on the single, Abstract, is certainly an example of this; the fat, flabby bassline oozing all over a nice tough 4×4.

The panning intro to Miss You almost induces a fit, as the bass and lead synth bounce right through your brain from ear to ear, before a cavernous sub bass takes hold and that oh-so-snappy snare whips you back into the room. Don’t be led into a false sense of security though, as the menacing grunts that bubble under the surface are dark enough to have you cowering in a corner somewhere. Brilliantly dark.

We’re looking forward to seeing what Odette has planned for us in the future, as this promising young producer continues to grow. Her club and festival appearances, across Holland and even further afield in Ibiza, are testament to her talent, and her production skills are also wholly apparent across all of her releases. Get onto her gear now, before your mates do.