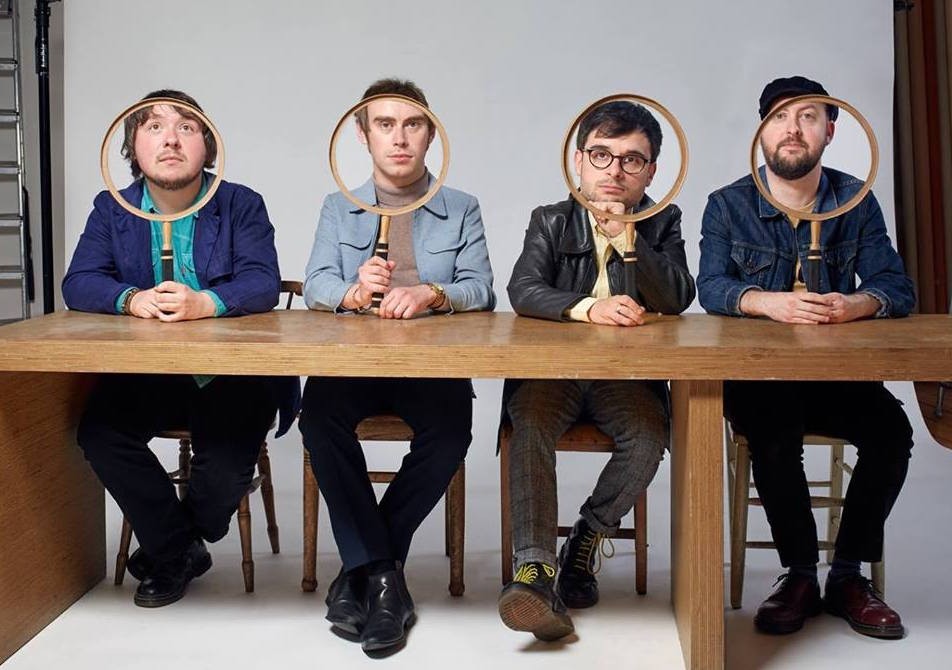 With a long awaited debut album pencilled in for later in the year, Getintothis’ Adam Lowerson enjoys the new single by Man & the Echo.

It’s one of the downsides of modern music that new bands, for a number of reasons, are rushed to put out a debut album and capitalise on early hype and popularity.

The results are often underwhelming, with the sound having little time to develop and we end up with a load of filler padding out a couple of decent singles.

It’s encouraging then that Warrington’s Man & the Echo, a group who have been on the scene for a few years now, don’t seem to be have rushed into putting a record out.

With just a handful of promising singles released since early 2015 on James Endeacott’s 1965 Records, the band seem to have taken their time to hone their sound, and if latest single Distance Runner is anything to go by, it’s a decision which has paid off.

Combining poetic lyrics with a galloping rhythm and some really quite lovely chord changes, Distance Runner is a great introduction to a band who specialise in warm indie pop. It’s an instantly catchy tune with a great chorus and lyrics which really paint a picture for the listener, reminiscent of the songwriting style of fellow Northerners Elbow.

Frontman Gaz Roberts‘ low, almost crooned vocal styles are very easy on the ears throughout the verses before bursting into life on the chorus. It’s quite a distinct voice, and something which certainly adds to Man & the Echo‘s sound.

Having garnered support from Radio X and BBC 6Music’s Steve Lamacq, the band are certainly building momentum as they head towards the release of their debut LP later this year. Now with performances at Glastonbury under their belts, 2016 could finally be Man & the Echo‘s year.