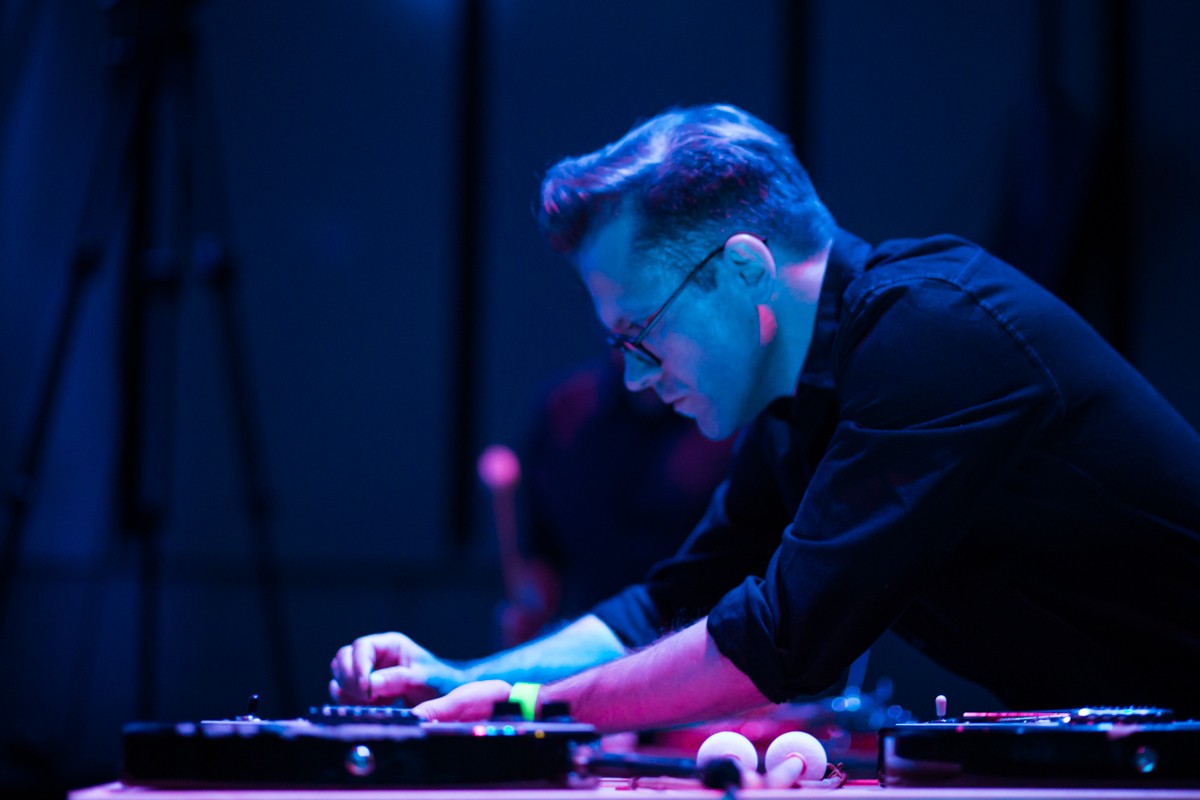 Celebrating the release of their latest album, Getintothis’ Ryan Craig looks back on a night of avant-garde guitar play.

What better place for an Ex-Easter Island Head new album launch show than at the (somewhat) new Royal Liverpool Philharmonic Music Room – impressive in both size and stature, much like the sound produced from Ex-EIH.

For those not yet in the know, Ex-Easter Island Head are a Liverpool based trio who use their guitars, bass and drums to create sound in a, perhaps, unconventional way. The trio are pioneers of the this unique solid-body genre, their minimalist approach explores just what is possible when you lay down three electric guitars and a bass guitar. Just two weeks prior to the show, Ex-Easter Island Head released their latest album Twenty Two Strings. Three electric guitars and one bass = 22 strings. Clever, right?

The night started when Kepla took to the stage.  Sound slowly began to wisp through the room, bouncing from wall to wall, constantly changing directions, coming from every angle. Immediately your sense of sound was being questioned.

Visuals appeared around 10 minutes in. The clips displayed were extremely high definition. Short videos of caves, insects, and bones – definitely quite creepy and unsettling much like the sound being produced. Just when you thought you could relax – BOOM! A thunderous noise announced itself, making many in the audience jump in their seat (this writer included) proving just how engrossed the audience were in the chilling atmosphere.

With no sign of the tempo dropping, sounds rapidly gathered more and more layers, creating something bigger, more dynamic. Sort of like how a snowball gather more snow and expand when rolling down a hill.

The sound ultimately faded and visuals drew blank. The whole experience was a somewhat haunting, near psychedelic trip.

Of course most were hear to witness the talent of Ex-Easter Island Head. Applause was already in abundance as the three musicians each found their place. Three guitars and a single bass lay flat on two tables.

After a knowing glance at each other, Ben Duvall and Ben Fair picked up their drum mallets and the journey began. Promptly giving their guitars/bass a less than tender treatment as they beat the sounds from their instruments. Jonathan Hering eased himself in on drums, ensuring his movements were on sync. Every cymbal hit matching that of every guitar strike, resulting in a fixed, yet audacious ambience.

Switching it up, both Bens opted to drop the mallets in exchange for an Allen key. Yes, you read correctly. Briskly rubbing the tool across the strings of their guitars, creating a mix of cascading tones that were so emotionally powerful.

Ex-Easter Island Head have an unmistakable, signature sound. It’s been said before and it will be said again – eyes closed, you’d never know you were listening to an electric guitar and bass. This is certainly done with every intention.

Momentum built with an assortment of cowbells being put to use. This momentum continued into the next song with a prominent energetic bass now as the backdrop. The supercharged song, Six Sticks, was the perfect finisher. The climax had them stepping outside of their ambient comfort zone. Furiously striking their equipment with a power that transferred into their sound and then into the audience.

Ex-Easter Island Head are a group made to perform live. A one off band. Unique in so many aspects. Changing the way in which people air guitar. It’s a pleasure for Liverpool to claim them as one of their own and a greater pleasure to listen. Be sure to check them out.