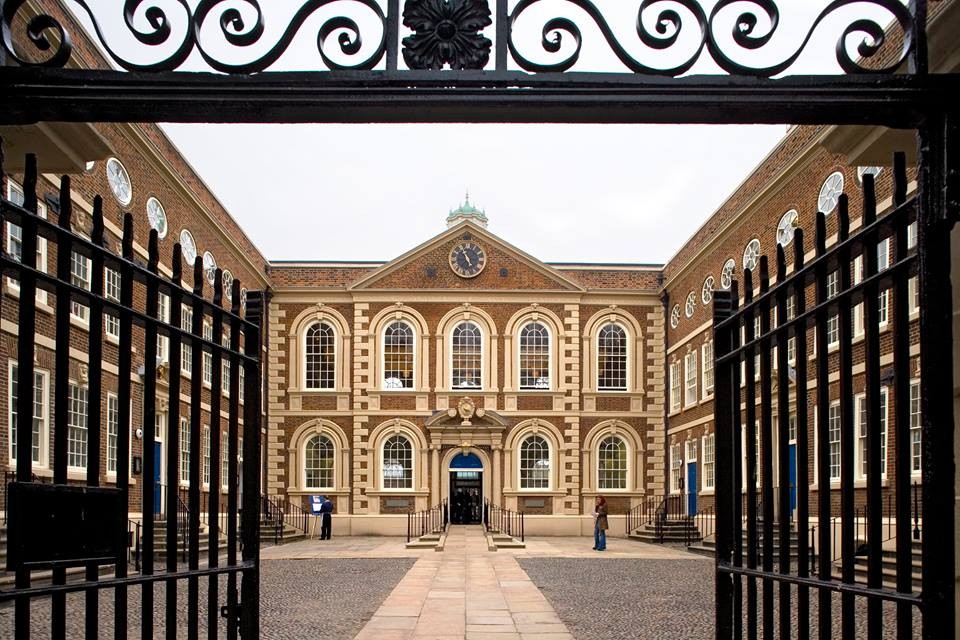 A cinematic oasis in a cultural desert as Getintothis’ Rick Leach recalls the days of film at The Bluecoat.

It was a very different world in the early and mid-1980’s and Liverpool was just as different and distant from 2016 as anywhere else. Maybe more so.

I’m not referring to the death grip of Thatcherism that grasped everyone around the throat, the rise of Derek Hatton, unemployment running rife or any other of the well-worn stories that are associated with our city. I’m not even referring to the then resurgent Liverpool music scene, the second wave of Merseybeat; the loveable moptops that were Ian McCulloch, Julian Cope and the rest. I’m referring to something that’s probably just as important and significant as music and maybe, just maybe, as significant as politics. More life-affirming anyway.

It was so different then. It may be considered that the availability of music then as opposed to now was another world- no internet, no downloads, no streaming. If you wanted to hear a specific song, something rare or unusual, then it was either John Peel on the radio, a trip to Probe or scouring around your mates for someone who may have taped it (off Peel’s show, usually.) Film was even worse; even more difficult.

Now of course, we have FACT. Not tatty, good films, comfortable seats, ace sound, good coffee. A bar. Somewhere to stretch your legs and take in the art. No Pearl and Dean adverts extolling the virtues of the Berni Inn ‘just behind the cinema’, no Kia-Ora in plastic cartons, no stale Butterkist.

Television? It was a long time ago. Four channels-and one of them, Channel 4 had only been launched in 1982. Multi-channels, satellite dishes and the rest were years away and only a glint in Murdoch’s eye. Yes, it was possible at times to see the odd film that was different on BBC2 or Channel 4, usually late at night. Possible, but you had to be sure you caught it. There was none of this ‘sticking it on to record’ magic, filling up TiVo boxes with hundreds of hours of classics to watch at some indeterminate point in the future. It was a case of staying in and making an effort. Video recorders? They were just over the horizon. I think that we got our first one in 1986 or 87 and even then we rented it (rented it!) from Radio Rentals for £12 per month; a not inconsiderable sum back then. Even when videos were around, it was nigh on impossible to rent anything that was out of the norm and recording anything from the television got you back to the start of this paragraph. There was a reason that I used to scour the Xmas Radio Times with a highlighter; that was one time of the year that you might be able to catch a foreign language film, something classic or something of a more unusual nature more readily on TV.

So we were living in somewhat of a cinematic desert in Liverpool then? Almost, but not quite. There was a small yet perfectly formed cinematic oasis in the middle of the city centre. A place where you could see all those films you dreamt of watching, those films you’d only heard about but never been able to see, those films that never, ever would be shown on the television and those films you had seen on television but a long time ago and you never thought you be able to see on a big screen.

This was the Merseyside Film Institute Society.

Sounds very…Society-ish, doesn’t it? A bit like an Allotment Society or some such typically British thing. A bit hobbyist. It even sounds a bit worthy and well-meant. Maybe even a touch exclusive.

Well, it certainly wasn’t exclusive because I went there a whole lot and saw so many great films. I don’t recall that you actually had to become a member of the society; there was no card-carrying going on.

It was a cinema run by the Merseyside Film Institute Society at The Bluecoat, off School Lane and by the back of Littlewoods. The Bluecoat; art gallery, occasional performance space (usually for avant-garde/leftfield music/dance thingies), a bit of a café/bookshop and a few artists workshops (potters wheels, oil paints and the like.) And at the back, and the very rear of The Bluecoat was the cinema.

To get to the cinema itself was a bit of a trek. Through the front of the building, up a couple of flights of stairs, along a very long and narrow corridor (passing by the aforesaid potters wheels), zig zagging through doors, and down a flight of stairs so steep that a ladder, crampons and mountaineering equipment would have been a more viable and safer solution.

And there it was, buried deep in the bowels of The Bluecoat, the pride of Merseyside Film Institute Society, the place where the lights went down and all the magic happened.

When the lights were up, there was nothing special about it at all. It was not only light years away in technological sense from what we are used to nowadays; perfect sound, crystal clear images, a large  screen that drags you into the action and all-enveloping sound provided by top-notch speakers scattered liberally around but even from what was happening less than a mile away at the Odeon or the ABC. There was no Dolby sound. There was one speaker, just one speaker in front of the screen on the floor. And the screen itself was possibly not much larger than the biggest televisions you can buy for home use now.

The red velour seats had been, I think, reclaimed from a cinema somewhere else in the city that had closed. They must have seen at least a couple of decades worth of wear and maybe even more. Pre-war even. To say they were uncomfortable is an understatement.

I’m trying to recall how big the cinema itself was. There must have only been room for 150 or maybe 200 people at a push. Not large then. Crap sound, seats that RyanAir would be proud of and not laser sharp picture quality either.

So why and how was it sold out for nearly every screening? What was the attraction?

How did they manage to sell tickets for two screenings each night and show a different film at least five nights a week? And very rarely was a film repeated more than a couple of times a year.

To misquote an American President, “It’s the content, stupid.”

It was purely down to what was shown. There was a massive appetite to see classic films, foreign language films, films that were difficult or had an edge; just anything different.

What always struck me was the diversity of the audience at The Bluecoat; it wasn’t just mad and intense cineastes, quoting film theory in shows of one-upmanship (although there were a few of them of course), but young students (A level students, still at school), ordinary students, punks, a surprisingly large number of older people (older as in retired), ageing hippies, people who were clearly well-off and some that weren’t so well off. The movers and shakers. The hip and the not-so-hip. The cool and the uncool. (I fell naturally, and still do, into the latter of both those categories.) It didn’t matter what we were because we were all there to see and devour greedily what we couldn’t get elsewhere.

Whole series’ of Godard movies; from Breathless to the then new, Detective.  Marx Brothers, W C Fields, Harold Lloyd- all the comedy greats. Westerns; the whole canon of Westerns from Ford to Peckinpah and most points in between. These were the films we knew we could never see at a normal cinema and would be lucky to catch on TV; and some films, like Ford’s The Searchers, really needs to be seen at the cinema.

What else was there? Tarkovsky, Woody Allen, Kurosawa. Everything. And then it seemed so special that we could see all that. Now you can just get anything you possibly want at the drop of a hat or rather, the click of a mouse or the shuffle of a remote, by then. We felt privileged that it was there for us, and all done by the Society. There was an artful benevolence about what they did, a building of a community. We (or they) may not have realised then that it was a community, but in the widest possible terms it was.

I wonder how many people who saw Lynch’s Blue Velvet or Rosselini’s Rome, Open City at The Bluecoat were inspired to work in film or just do something different? How many paths did having that cinema there at that time change? There must have been a few. 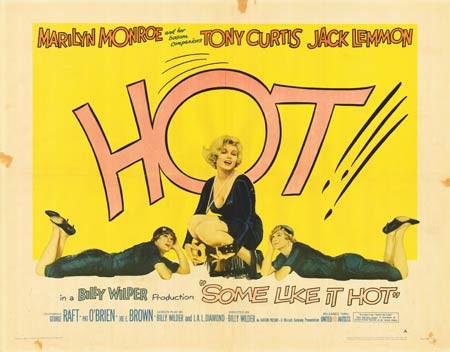 And it was the sheer variety of films that we saw that was staggering as well. There was usually one screening at 6.00 pm and another one at 8.15 each night. The same film, but a different one each evening. In general the only nights when films weren’t shown was on a Sunday, but that was Sundays back then as well – not much happened on a Sunday. But the rest of the week – you could see Taxi Driver on a Monday, followed by Some Like it Hot on Tuesday and then the rest of the week, Ran, Time Bandits and The Texas Chainsaw Massacre. The problem in seeing all these films wasn’t the cost; tickets only cost £1.40 but being able to get them was a problem. Many of the films sold out very quickly as each seasons screening were announced.

That’s how it worked. Spring. Summer. Autumn. Winter. You’d get a cool little booklet which would let you know what was being shown for the next few months, you’d quickly work out what you wanted to see and hot foot it to the Bluecoat, where, oddly, the ticket office for the Society seemed to be manned every day and usually by grey haired and kindly old ladies who were like refugees from the WRVS. God knows what they thought of everyone who bought tickets for Last Tango In Paris.

Some memories of film watching at The Bluecoat (and I hope some of these ring some bells):

Not expecting much when going to see Singing in the Rain, but being staggered with the colour, intelligence, humour, dancing, movement, passion. So staggered that not only myself, but everyone else spontaneously rose to their feet as the end credits rolled and gave it a standing ovation.

Seeing Lynch’s Eraserhead on the last day before Christmas (a jolly festive film) and having to sleep with the lights on that night while constantly checking behind the radiators for any singing women.

Finally seeing Citizen Kane on a big screen and realising what all the fuss was about.

Falling asleep at the very beginning of Herzog’s Aguirre and only waking up as the end credits finished. (I should really apologise to Werner, but in my defence, we had a six month-old baby who hadn’t slept for what seemed to be six months and I really, really needed some sleep of my own.)

Chris Marker’s Sans Soleil. The one film that still inspires me and one that I went to see just because the Society had given it a great write up in the programme rather than knowing anything about it beforehand.

Above all. Casablanca. On a big screen.

Thanks to The Bluecoat and The Merseyside Film Society it was really the beginning of a beautiful friendship.

Cinema and me.  And I’m sure I wasn’t alone.

(The Society seemed to have died a death in the late 1980’s. The redevelopment of The Bluecoat, the opening of FACT, the advent of cable, satellite and the internet saw it off. But while it lasted…)