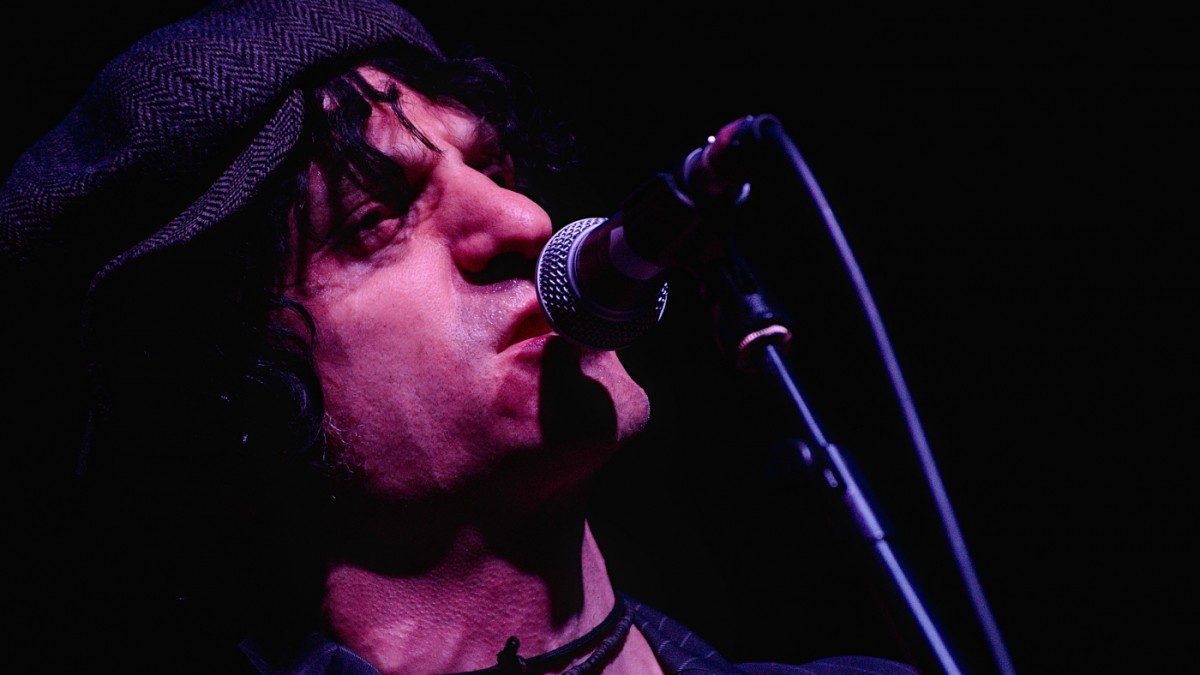 It was a rather strange gig from the get go. We were all a bit confused. Although keyboardist Derek Cruz had taken to the stage and begun a slow chord progression, Jesse Malin was nowhere to be seen- even though the vocals to Malin’s Basement Home had started. It then slowly dawned on the modest crowd at the Arts Club that Jesse Malin was walking amongst us- and he was singing.

Once Malin actually got onto the stage, the tempo quickly picked with the Springsteen-esque classic rock that’s Malin’s bread and butter, made most famous on his 2004 album The Heat, recently reissued and providing the backdrop to his current tour.

Early on in the set he played the energetic pop-rock/punk-lite Wendy and Black Haired Girl complete with quick-fire chords and palm-muted guitar work. It was also no surprise to hear him mention he’d started his musical career in punk bands, and has toured with the likes of Blink-182, Green Day and The Offspring.

Malin is a seasoned performer, very comfortable on stage and happy with the limelight, although at times he seemed over-zealous in his determination to entertain us all. However, it must be said that with only one sidekick beside him and no percussion to speak of save for clapping from the audience, he still managed to be energetic all the way through the gig.

Between songs he was even fonder of the microphone than during them; rarely would one song lead into another without an introduction, several of which were lengthy anecdotes about his home state New York and his interactions with musicians and the music scene in the city. For the most part these tales of Shane MacGowan, Bono and, in the case of Joey Ramone, were funny and even touching when talking about the death of the legendary punk, with whom he was close. An excellent cover of The Pogues If I Should Fall From Grace With God was introduced by an amusing tale of MacGowan joining him on stage in London while ‘drinking bourbon or something out of a Pringles can.’

At times however, his jokes wore thin; there was too much rambling on about ‘Facebox’ and ‘the interweb’. Although it was amusing to hear he had met his one man-backing band Cruz on Craigslist, this, coupled with the fact that fans had requested much of the set online in advance, made his shtick seem like techno-faux-bia.  Even worse, Malin made one very misjudged quip about going bungee jumping with a group of German journalists at Auschwitz. The ensuing silence from an otherwise warm crowd wasn’t needed to confirm that he had just hit the bummest of notes.

Fortunately, after this most tasteless interlude, Malin rescued things a bit by playing the music that has got him here. Hotel Columbia, a well-placed cover of Elton John’s High Flying Bird and the bluesy, Mrs. Robinson sounding, Riding on the Subway all clicked with the crowd. When he concentrated his efforts on the music that had made him, and the music that he makes, you get the impression that this was a man who lives and breathes it to his core.

The gig ended as it started, with Malin setting off into the crowd with his wireless mic for his encore: the not-quite- but-almost-anthem Barlife, a song that just seems to be trying a bit too hard without ever making it.

Perhaps it was a fitting end to the evening.