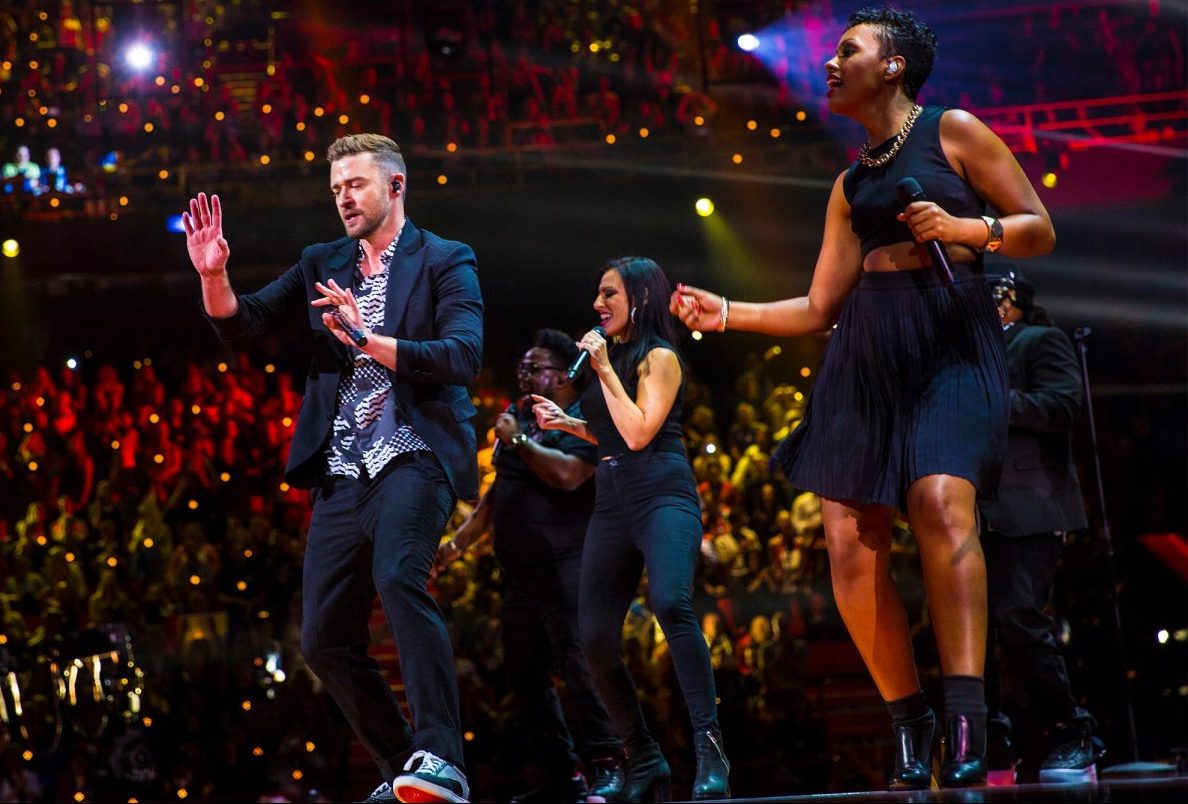 With the country in disarray, Getintothis’ Shaun Ponsonby decides that if the news can still afford to report on non-stories, then he can too.

The way the world has unfolded over the last few weeks, it seems insensitive to return to normal business. I mean, what about the economy? What about all the nationalism we’re seeing? What about any and all political parties being in seeming disarray? What about Chilcot? But, then I think “Fuck it! I can’t do anything about it.” I’m an insensitive guy anyway.

Besides, the major news sources are still posting bullshit, despite all the non-bullshit bullshit that is going down. This week the news was full of a total non-story bandwidth filler about some stupid woman who bought tickets to see Beyonce be overwrought at Wembley Stadium and showed up on the wrong night.

The story comes from an innocuous tweet she sent out that somehow managed to be retweeted over a thousand times.

On the train to Wembley. Just realised the 3 @Beyonce tickets I bought for tonight were actually for last night. #devastated

OK, so person is predictably an idiot. Newsworthy item there, I’m sure you’ll agree. I would say it is placed somewhere between “Human Being Breathes In Croydon” and “Cat Shits In Michael Crawford’s Slippers”.  This is practically a nightly event for big gigs.

I used to work as a steward, and saw a steady stream of people show up the wrong night for shows, especially when people were playing multiple nights at the one venue. One memorable occasion about a decade or so ago, I was working on the door when I believe Slipknot were playing. Amongst the 18-year old metal heads and goth kids came an elderly woman being pushed in a wheelchair by her Granddaughter and hooked up to equipment to help her breathe. Not to stereotype, but I assumed they arrived on the wrong night, despite the fact that the age and fashion of the people around them didn’t seem to inspire them to double check the tickets at any point between the car and the door.

I approached them and asked if I could see the tickets. Sure enough, they were for Cliff Richard & The Shadows, due to play the venue on the same date the following year, the tickets having been sold way in advance. The Granddaughter then exclaimed in a state of panic “But…but…she’s not gonna last that long”.

To this day, I’m not sure how one is supposed to react to that. I could have got on the blower to Cliff, I guess. But I would have had to have done it in my break, and that was my time which I had already allocated to crying in the bathroom.

This being such a regular occurrence, it did make me wonder why anyone would think it would be remotely newsworthy. I guess it’s the Beyonce connection. Because people like Beyonce, or at least that’s what I’ve been told by comments sections. So it probably amounts to click-bait.

But then my mind was cast back to what happened after Prince died, when all of a sudden everybody really cared what Justin Timberlake had to say, despite having one of the all-time most punchable faces in pop history and an apparent need to make sure it gets fucking everywhere. Timberlake was trending right there alongside Prince, as if they were married or something.

In fairness to Timberlake, he just shared his thoughts on social media, which we all did. But the press picked up on it and every other news website ran a headline stating “Justin Timberlake Pens Heartfelt Tribute To Prince”. Why this tribute? Why not someone closer to Prince? Why Timberlake given that he has actually been quiet for a couple of years? Why did nearly every headline feature the word “Heartfelt”?

It’s hard to say for sure.

Last week’s Cosmic Slop was much better than this half-arsed rubbish. Check it out, along with the rest of the archive, by clicking here.

On a totally unrelated note, a few weeks later Timberlake appeared on the Eurovision Song Contest to promote whatever his new single is, his first in a couple of years. Which is a bit of a coincidence. It’s almost as if someone wanted a flimsy story about him being a nice guy in the press and trending on social media before he released his new music, and piggy backed off Prince’s death to make it happen. But surely, PR and marketing people – the most wholesome profession in the world – wouldn’t sink to those depths, would they?

Naturally, this doesn’t mean it was Timberlake himself who wanted this. It could be anyone; his management, his label…hell, it could even be certain quarters of the press who are aware he will soon be on the promotional trail and are aching for the much coveted “Exclusive” interview and/or photoshoot. At this point, I’m three steps away from being the kind of YouTube nut who treats vague suspicion and fabrications as outright hard evidence, and points out that “See! The Queen herself murdered Princess Diana! You can clearly see her on the motorbike with the rest of the paps“.

The major tours always seem to have this; constant updates about Adele’s and Justin Bieber’s are going on right now. Total crap. “Adele Speaks English On Stage In England”, “Bieber Walks From One Side Of The Stage To The Other In Mexico”. Who gives a fuck? NME were practically live blogging updates on the headliners at Glastonbury like it was the NME Awards, when surely anyone who gave a shit was watching the coverage.

I hate having these thoughts, because it makes me look like a conspiracy theorist who believes that Beyonce is sending secret Illuminati symbols in her video because there’s some fire in it. It probably is more likely that commercial pressures mean that journalists are now mainly lazy hacks who will pick up any old shit that is trending in lieu of some actual work. I know it is what I’d do if I was worth paying to do some actual work. But it is hard not to look at the timing and uninteresting nature of them and wonder if it they have been planted by some PR people to keep them in the news.

Michael Jackson was a master of all this until it backfired on him. Those stories about him buying the Elephant Man’s bones and sleeping in an oxygen chamber came directly from him and his team. He even posed for the oxygen chamber photograph at least twice.

But, here’s the thing; the comments sections for these pieces are always full of comments like; “You call this news?”, “What the hell has happened to [insert publication]”. People are clearly bemused by these stories, but clicking on the page means it gets hits, and as a result they can recoup more revenue from advertisers. If that is happening, they are going to continue to post them. They couldn’t give less of a shit whether or not people actually like the article if it’s getting hits.

So, here’s a thought – next time you see a bullshit story about Rihanna singing off key (yeah, like that isn’t a nightly event), just ignore it.

If we all ignore it, it’ll go away.

Having said that, Cosmic Slop often thrives on that sort of stuff, so maybe just forget everything I posted here.

The above definitely doesn’t go for the headline; “Two Grans Thrown Out Of Absolutely Fabulous Screening For Laughing Too Loudly“, which is a genuinely important news story.

Just to be clear, Drake hasn’t equalled Michael Jackson‘s 1983 chart record, because it is a different record. There was no streaming in 1983, and if every time someone played a Jackson record counted as a sale, as opposed to buying once, I am pretty sure the sales would have been dramatically bigger.

Thank Thor that Harry Styles was at that Brexit debate at the House of Lords. The whole thing could have descended into chaos had he not been there.