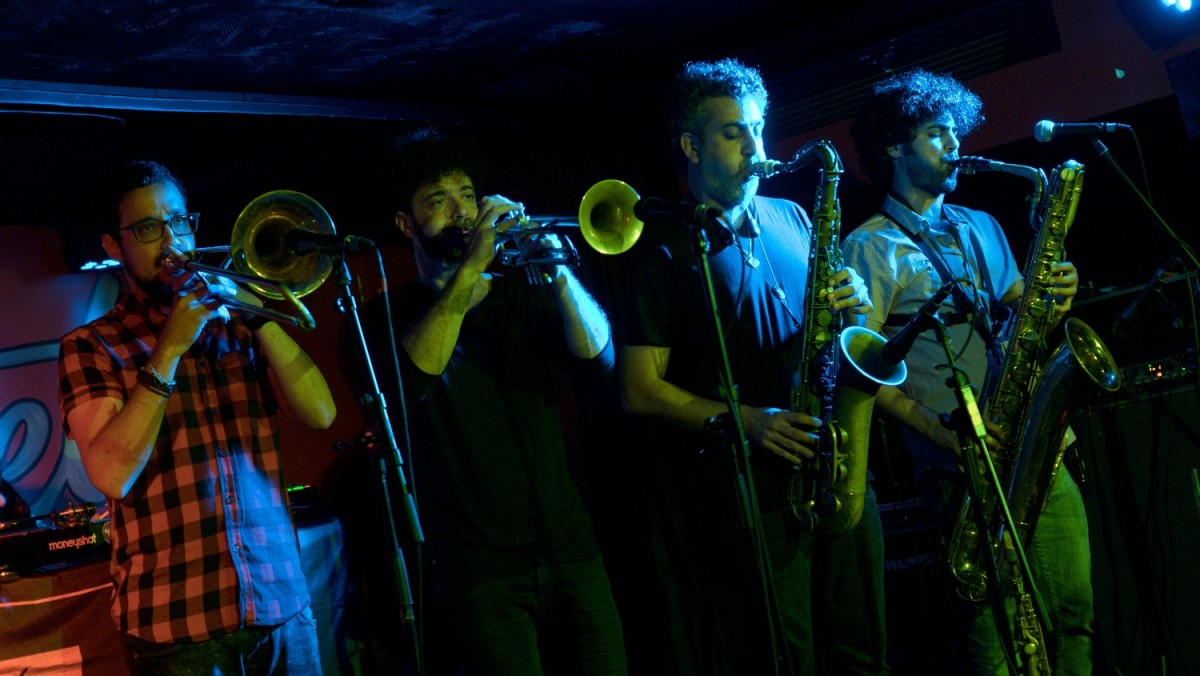 The Apples at The Magnet, Liverpool

As The Magnet hosts another night of super-fly music, Getintothis’ Ryan Craig looks back at the feature of funk.

Kicking off a night of strong foot tapping and severe head bopping at The Magnet was straight up funk band, The Soul Rays. The group have a heavy influence of funky R&B and Hip Hop, which created a truly unique experience throughout. Boasting an incredible 10-piece line up, including a trio of female lead singers, a quartet of brass, a guitarist, a bassist and a drummer who occasionally dropped his own rap verses.

Having previously supported for The Apples at The Kazimier last year, The Soul Rays certainly knew how to put on a show and understood the audience completely. Each of the girls dancing in sync (well, for the most part) as they flashed smiles at one another.

Through a cool mix of groovy bass lines, epic guitar solos and a strong set of vocal cords, the group of 10 managed to get the whole crowd moving – and we really do mean moving. From bar staff waving their arms and getting involved to the photographers throwing a few shapes too. With the crowd bopping in unison to the sweet harmonies, rambunctious brass section, and everything in between. The Soul Rays know how to bring the swing and the soul plus a massive dose of funk to the floor.

As their time faded to a close as the band then announced it was bassist Ben Parkins‘ birthday, to which the entirety of the crowd gleefully chanted happy birthday. It was joyous to say the least.

With a debut album due as well as a tour planned, The Soul Rays are making all the right moves for a bright 2016.

Have a read of when The Apples last came to Liverpool!

It was now the turn of 8-man Israeli band, The Apples, who had recently played their very first stage at Glastonbury justdays ago. They may not not the first group to stylishly mix turntablism with jazz and funk -that feat arguably goes to the Brand New Heavies – but let’s not takes anything away from The Apples here.

Playing their carefully weaved samples into an explosion of instrumental glory, with a heap of brass, a bundle of horns, an assortment of turntables and naturally, a dash of cool. The Apples treated this more like a party than jam session, encouraging lots of laughing, dancing and fist pumps – many people doing all at once as they overcome to the warm blanket of sound.

The compelling mix often switched between constructed symphonic plays to madman-like trumpet outbursts all while still managing to capture the ears of many with their dance-able, near impromptu music.

Being treated to The Apples particular brand of jazz is in itself a pleasure, but to then hear the group take on iconic song Killing in The Name by the notorious alt-metal band Rage Against The Machine, is nothing short of mind blowing. Turning the angst nature of the song into an upbeat instrumental takes creativity, skill and confidence – precisely what The Apples are all about.

The Apples at The Magnet, Liverpool