Every serious record collector knows the best places to get cheap vinyl, Getintothis’ Andy Holland who spends an unhealthy amount of time wandering around charity shops, shares his tips.

Vinyl has arguably always been the favourite sound carrier for serious collectors, and in recent years there has been a huge resurgence of interest in it.  The best place to find reasonably priced original copies of vinyl records has always been charity shops, but we think it’s safe to say that the range of records available in them is typically quite limited.

Charity shops have changed a lot over the years. Once upon a time they resembled jumble-sales, concentrated mainly on clothes, and everything else was classed as ‘bric-a-brac’.  People who shopped in them tended to be bohemian types, students, pensioners, and shrewd-looking people seeking out a bargain.  All of these people still do, but I think it’s safe to say that charity shops are way more hip than they once were.

The people who run charity shops know this too, and so they’ve got far more sophisticated.  It’s become harder to find designer labels, rare books and records in them because the people who work in the shop know that’s what we’re after.  They absolutely know the score.  However, if you’re something of a music nerd – and thorough cheap-skate like me, there are still bargains out there to be had.

Regarding records, one of the first things you notice when rifling through the shelves of charity shops is that a lot of the same ones keep appearing.  The rule of thumb is that the more popular the record, the more likely it is to appear in a charity shop.  Records that fall into the ‘cult’ territory are more unusual. Having said that, I found Gang Of Four’s Entertainment on vinyl in one, so that’s not hard and fast rule.  Nevertheless you’re more likely to see a Dire Straits album than one by Crass, for example.

City centre charity shops tend to be picked clean by record dealers, so your best bet tends to be in smaller shopping areas.  There are some worth checking out anyway: Oxfam on Bold Street is okay (if a bit overpriced); Cancer Research UK also in Bold Street has a good CD and small vinyl collection; the British Red Cross on Renshaw Street often has a small but interesting selection of LPs; Scope on Lord Street is also worth trying since it always seems to have a lot of CDs.  As a rule, student areas are particularly good because when they return home during breaks they tend to dispose of unwanted parts of their collections.  Therefore, areas like Smithdown Road can be very rewarding.

What am I likely to find?

Here’s our Top Ten of records found in charity shops, in no particular order:

An album ubiquitous to every Liverpool household (as well as the duo’s Greatest Hits).  BOTW came out in 1970 and sold about a billion-trillion copies (yep, that’s the official number), therefore it’s small wonder that there are so many copies of it around.  It came out in 1970, a year noted by music historians for being a rather depressing year for pop; most of the 60s greats were treading water, others were dying of overdoses, The Beatles split up, and the music scene had yet to reboot itself.  Simon & Garfunkel provided some light relief for baby-boomers who liked to appear sophisticated, but didn’t want to be worried by any hippy smut or weirdness.

2.  Klaxons – Mysteries From The New Future

They won The Mercury Prize in 2007 with this album and ever since then we’ve seen it cropping up in charity shops.  The same thing happens with every Mercury Prize winning album; people seem to buy them on impulse then donate them to charity shops shortly afterwards.  We hope this trend continues, since it’s far cheaper to purchase them this way.

It always Vol 1 for some reason, rarely any of the other ones.  Occasionally an actual bone fide Queen album is sighted but not so often, although we do recollect on sighting scuffed up copies of Night At The Opera (the one with Bohemian Rhapsody on it) on some occasions, and even more recently Jazz.  For the casual Queen fan Vol 1 of their Greatest Hits seemed to do the job, judging by how often I’ve seen it.  It was released shortly after that Live Aid (the Day-oh!) performance everybody seemed to prattle on about, not that I’m saying the band performed for any cynical reasons.  Not all.  I’ll go and wash my mouth out with soap now.

It’s the law that charity shops stock this, and it seems to have been released in every conceivable sleeve imaginable, all equally cheesy.  Contents vary from the schmaltzy (Blue Christmas) to Elvis banging out raw, smutty R&B (‘Santa is coming down your chimney tonight!), all tremendously entertaining. The King crops up a lot in charity shops but beware of the cheap compilations put out by his record label – some are great but most are hampered by bad songs he was forced to record for his film soundtracks in the 1960s (the worst are usually to be found on RCA’s cheapo Camden label).

Famous at the time for being the go-to album to demonstrate expensive hi-fis, BIA was another album that every family seemed to possess at least one copy of.  It has a distinctive pale blue cover with a floating dobro on it, so you can hardly miss it.  This is the album with that irritating, MTV ear-worm Money For Nothing on it.

Record sales were at their highest during the 80s, but much of the music produced during the decade has dated terribly owing to the then fashionable overuse of technology.  Unfortunately technology ages music very quickly. Therefore, mainstream 80s albums are relatively easy to find in charity shops; we lost count of how many times we’ve seen No Parlez by Paul Young, Heaven 17’s Penthouse & Pavement, and The Human League’s Dare, for example.  ABC’s Lexicon Of Love is considered a classic of the era by many people, and it has many of the band’s classic singles on it, including Look Of Love, for example.  The album was produced by Trevor Horn who was also the producer of Liverpool lads Frankie Goes To Hollywood. Their hit-laden Welcome To Pleasuredome is fairly easy to find in charity shops too, as is its follow up Liverpool.

7.  Megabass and other dance music compilations

Dance music has a short shelf-life, so there’s loads of it in charity shops.  It’s common for DJs to dump whole cases of 12 inches at charity shops when they’re through with them.  Regarding collectables, if you’re after Chicago House or anything from that late 80s period on vinyl, charity shops are the best place to look.  Also, there’s hundreds of 90s dance music compilations; they were straight-ahead cash-ins and the vinyl was so often badly cut, but some of them aren’t bad.  There are also loads of dance music CDs, I imagine it would be quite easy to collect every single Ministry Of Sound ‘Annual’ ever released if one was so inclined, and the same goes for Cream’s Christmas compilations or any of the superclub-themed releases.

8. This Is Tom Jones and other easy listening singers

The singing crotch still sells records by the truckload, but the late 60s and 70s he was at the height of his fame.  The album we’ve seen the most often is TITJ; released as a tie-in with his TV show and featuring his version of Wichita Lineman, Little Green Apples, and other oft recorded songs of the day.  There are lots of records by his contemporaries too; Jack Jones (no relation to Tom – ask your parents, a bit cheesy), Tony Bennett (great), Vince Hill (pure Cheddar and rather naff), Matt Monro (great on ballads, sang the themes to two Bond films and The Italian Job), Jim Reeves (famous Countrypolitan singer, beloved of Adrian Mole’s dad), Andy Williams (cheesier than the gross product of France)…

There are also vast quantities of easy listening, instrumental records.  Once upon a time everybody parents bought these to play at imaginary soirées.  They were usually released on budget labels like EMI’s Music For Pleasure, and had titles like Romantic Themes, Midnight Interludes, Moonlight Serenades, and so forth.  Nowadays, I imagine people probably buy Adele and Michael Buble for their imaginary cocktail parties instead .  Indeed, I predict their albums will be in the charity shops of the future.

Most people know Rod Stewart started off as a credible artist but then turned into the definitive embarrassing rock and roll cliché.  However, not nearly enough people know how good he really was – he was one of the best rock/soul singers Britain ever produced, and you can hear as much on albums like Every Picture Tells A Story (1973), which often turns up.  It isn’t the only early Rod Stewart album you can find either.  However, the cut-off point is most certainly the most common of them all, Atlantic Crossing from 1975.  On that album he sang Sailing and descended into a critically irrelevant abyss of leopard print lycra.

The musical equivalent to fondue and a bottle of Blue Nun, ABBA sold huge quantities of records, and they had across the board appeal; from children to pensioners – even Glen Matlock of Sex Pistols claimed he based Pretty Vacant on ABBA’s SOS, unlikely though that sounds. They were the nearest the 1970s came to The Beatles. ABBA’s Arrival was released at arguably their commercial height and so there are loads of copies of it everywhere.  The same goes for most of ABBA’s releases in fact.  Although we all associate ABBA with party music, it is remarkable how many of their songs are lyrically very dark, so they’re far more interesting than most of us give them credit for.  Indeed, they had more in common with their compatriot Igmar Bergman than might seem to appear.  Incidentally, Blondie were ABBA’s contemporaries and most of their records can be found in charity shops too, as can some other mainstream artists of that era.

The Johnny Depp of alternative music, Jack White, seems to be highly popular with lots of people, apart from Noel Gallagher of course, who memorably called him ‘Zorro on doughnuts’. In fact, White has fast become a charity shop staple; The White Stripes’ albums – particular the aforementioned – can be found in many of them, as well as albums by Jack’s side-projects like The Raconteurs.

This is true of many artists who are/have been beloved by music critics; Muse, Polyphonic Spree, The Magic Numbers, Arcade Fire, and so on.  Music journalists can be a jaded lot, owing to the fact that they tend to hear a lot more new music than most.  This results in those evil reviews one often sees, and their tendency to use superlatives about any band or artist who stands out from the pack, which in truth most can ever live up to on a long-term basis. Older music fans – eager to keep up with any exciting new trends – buy these records on the recommendation of these aforementioned scribes, and are often quite underwhelmed by them. They part with these purchases soon afterwards, by which point they’re on to the next thing.  This is why there are so many of CDs that reflect this trend in charity shops.  This will continue to be the case, I think.

So there you have it.  If you have never visited charity shops you are missing out.  Why buy that rock classic vinyl on overpriced reissue when you could pick up the original from a charity shop for a quid. Think about it. 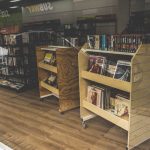 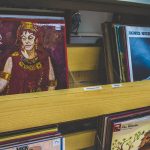 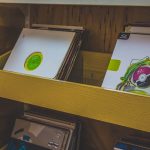 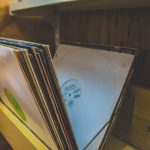 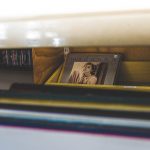 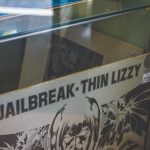 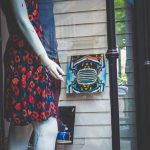 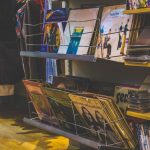 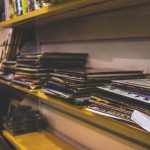 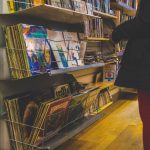 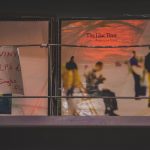 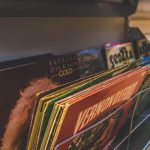 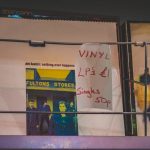 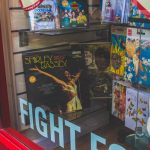 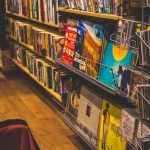 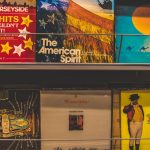 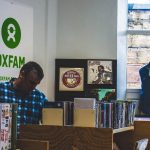