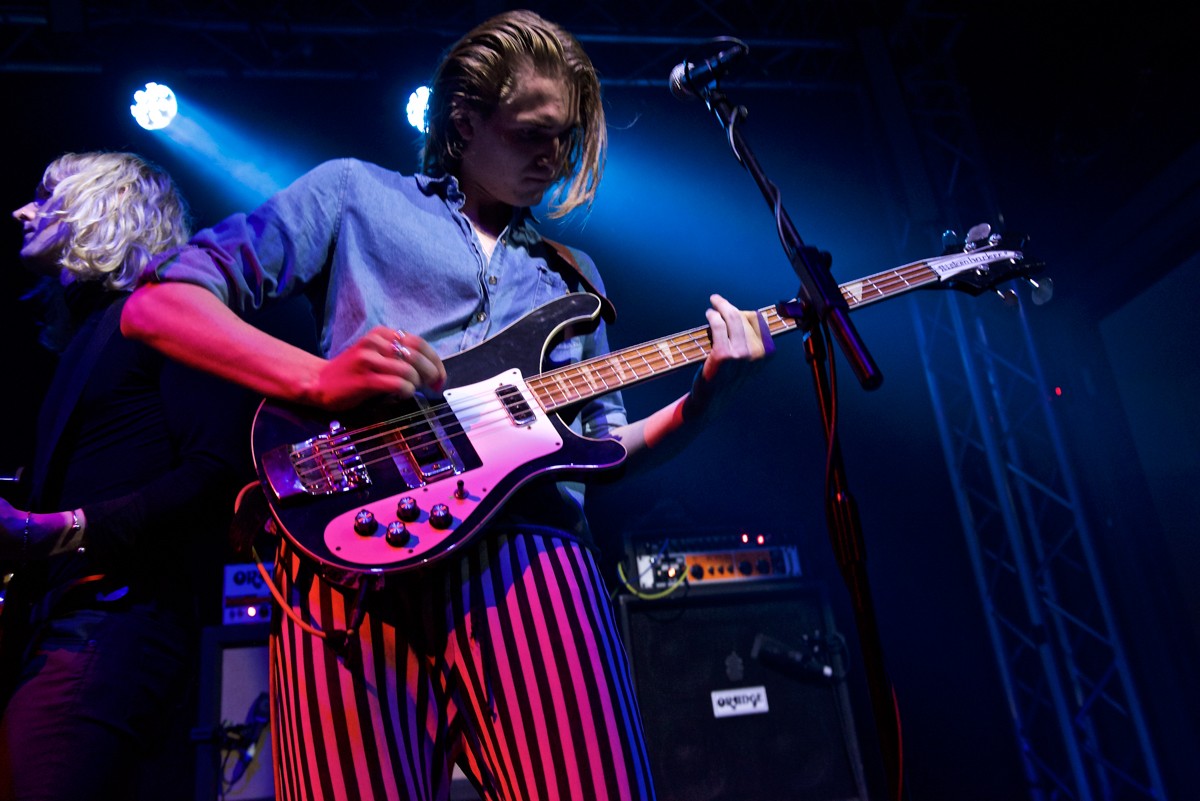 In a sold out Arts Club, Sundara Karma cause a state of tumult as Getintothis’ Craig MacDonald found out.

As we walk around the corner of Colquitt Street, the evidence that tonight’s gig at The Arts Club was a sell out becomes apparent from the army of fans lined up to see Sundara Karma, as the queue snakes its way down Seel Street.

The Reading four piece have long since sold out the venue and when we walk into tonight’s site the crowd is already wall to wall in numbers, with the majority of tonight’s crowd taking full advantage of it being half term, with this writer possibly the oldest person in the place.

With barely space to move, the swell takes a brief moment away from their mobile addiction as The Night Cafe get things under way.

From the very start, the four piece make the night their own, with waterfalls of cascading guitars unfolding slick fluid melodies that flow effortlessly. Time proves a particular favourite with the bustling crowd, with the track proving that the group are more then capable of living up to the hype that comes their way.

Bouncy, simplistic, Addictive brings beats that make everyone want to gyrate to its groove as the crowd lap up the groups efforts. For a bunch of lads, still so young, the potential that they have is truly inspiring.

Want to see who else is playing Liverpool this Summer? Have a look here.

Sadly, with the anticipation building for tonight’s headline act at breaking point, INHEAVEN were on the back foot from the off.

Meat Somebody briefly causes a few heads to get involved but from that moment on its a case of playing to a brick wall, with frontman James Taylor asking at one point if any of the audience have heard any of their songs. The lacklustre response from the room gives the game away and despite Regeneration briefly gaining the sought of response that INHEAVEN deserved with their songs, it’s obvious the crowds thoughts are elsewhere.

As soon as Sundara Karma play the first chord of Young Understanding, pandemonium engulfs the Arts Club with the whole room shaking as the crowd bounce and crush together as one mass to every note the quartet play.

Draped in androgyny and with part of the group dressing in what appears to be a cross between Miami Vice and Duran Duran at times, Sundara Karma own the place with each stadium sized track sending the riotous throng into a frenzy.

They ooze a charisma which is often lacking at times with today’s acts and in frontman Oscar Pollock, they have a true frontman in every sense of the word, with his adoring public putty in his hands. As they rip through a rousing rendition of Flame, its clear to see that this group will not be playing in this size of venue for much longer.

New song She Said proves and instant pleaser with the audience. Catchy and filled with huge waves of guitar, it ignites the Arts Club as the crowd fail to relinquish their energy. As Loveblood draws their set to a close, Sundara Karma leave the stage safe in the knowledge that tonight marks a triumphant return to Liverpool for the quartet.

With their album set to be released later in the year, you can bet they will be back soon and somewhere bigger too. If tonight is anything to go by, we can’t wait.