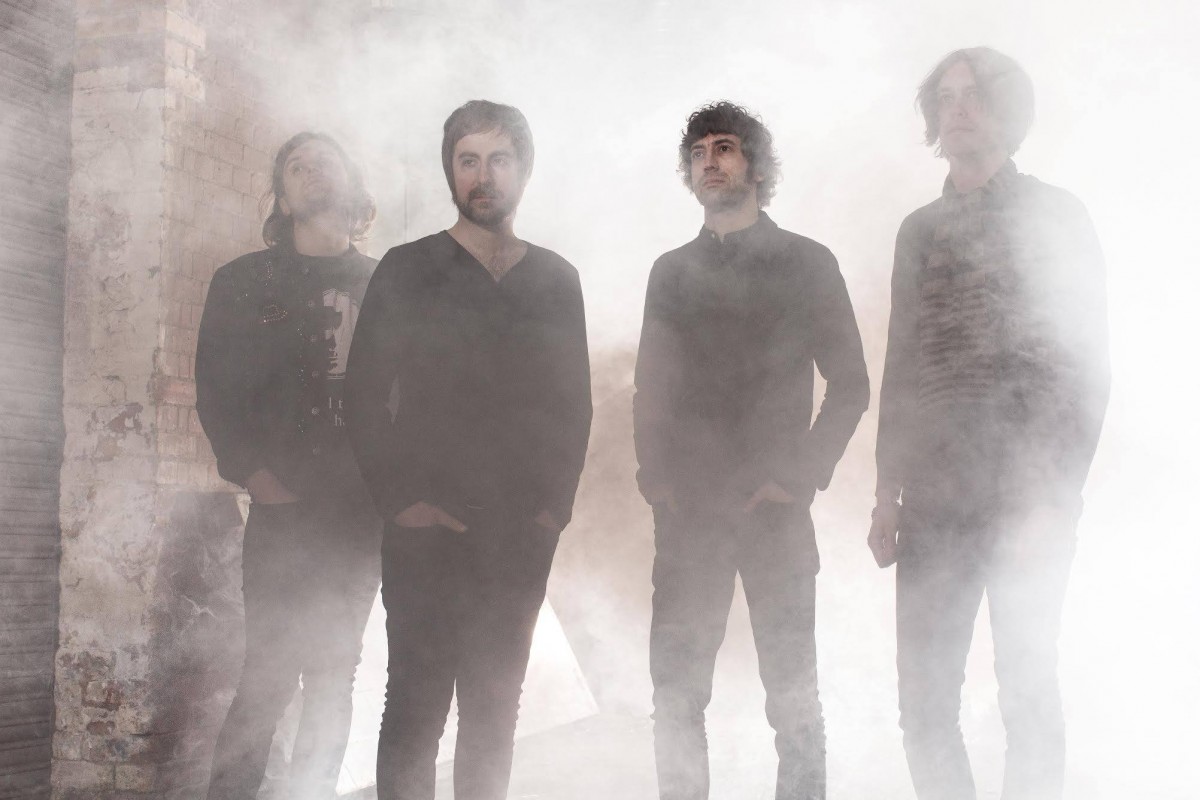 Getintothis’ Matthew Wood wades through a deluge of the darkest psych, takes a quick trip through the history of Louisville and finds a legendary frontman deep in the weird world of jazz fusion.

The Cult of Dom Keller – Broken Arm of God

The mightiest track of the lot this week, this one is truly colossal. Built on the meatiest bass hook that splurges a grungy gloop with every chug, these Nottingham lads are equipped to send the darkest of psych acts running home and sticking on The Beach Boys just to soothe their tarnished souls.

Imagine the darkest track from The Horrors’ debut Strange House, slow it down a bit, throw in a couple of members of Swans and top it off with an apocalypse and you might get something like this… that might be worth a try actually.

For those of you heading to Great Escape Festival don’t miss out!

Hailing from the astoundingly picturesque Bergen on the west coast of Norway, Chain Wallet come shelved alongside lo-fi greats DIIV and Beach Fossils but offer their own Nordic twang to the mix.

Muted Colours is fantastically written, bubbling to life before gaining a firm direction and purpose through the tightest of drum beats. Distinct vocals transport us back to the 80’s while under the surface, irresistible synth flurries add a fantastic depth to the track.

Louisville, Kentucky has long been a melting pot for some of the most ferocious, influential post-rock, acts such as Squirrel Bait, Slint and Crain carried the scene to its zenith; Parlour are kindred spirits of such bands.

Blending the explosive, caustic rumbles from the 90’s with a fresh synth-powered flavour, Parlour are looking to the future of Louisville, and they’re pioneering it with notable might.

New Syntax Preserves marks the return of the band after six years of silence and it’s as robust a return as you’d expect. Built around a simplistic pounding synth and rattling drums, it’s easy to picture futuristic Orcs and Uruk-hai striking hot blades to the beat. Rapid string hits enter the melee and it’s unsure whether they’re catapulting us to the dark depths of hell or rocketing us to the stars.

Dreamy folk-pop duo Wye Oak offer us eight tracks throughout the years since 2011’s Civilian but didn’t feel quite at home on the later record Shriek. Titled Tween, the premiered track Watching The Waiting is one of self-discovery and acceptance.

Racing along equipped with sun drenched chords it’s a real foot-tapper with gorgeous melodies afloat. Before you know it a squeaky solo is upon you, slippery but majestic, it is most welcome amid the frantic three minutes, which leads me to my only criticism: it’s far too short for my liking.

An epic slice of haunting jazz infused electronica from The Charlatans frontman and legendary composer Pete Gordon. A sinister saxophone pervades the pacy bongo-charged beat, while Burgess opts for a vocal that echoes spiritually over the track’s somewhat confused backdrop.

It’s certainly an odd one but strangely addicting, you wonder where the track may travel and the sporadic bursts of sax are infinitely cool. Try it on for size, it may have you wondering what is going on or maybe you’ll start throwing some tribalistic shapes, which would seemingly be the only fitting form of dance accompaniment.

‘Brill’, one of my favourite adjectives it has to be said, but it’s also this chap’s surname and he quite fittingly lives up to it. His 5 track EP False Names is a finely polished medley of soulful, swooning rock that recalls the sentimental, baritone tales of The National.

Santo Spirito washes over you with a reminiscent melancholy with hushed backing ‘ooohs’ and tailored feedback giving an eerie air. Yet Brill is more optimistic in his lyrical ventures; ‘let’s piss ourselves laughing when you say I’m not well’, he croons, laughing in the face of hard times with a strong arm around his lover.

It’s so emotionally charged it sounds at times like he might break down in tears; it’s really quite fantastic. You can hear the full EP below.

You’ve more than likely seen this Kirby lad strutting his stuff of late, armed with his fine brand of bluesy rock and roll. The good news is you’re about to be seeing a whole lot more of him.

His latest barnstormer, Nicole, is chocked full of swagger and is packaged with an equally jaunty video with Mr. Berry playing the part of the most superior of lovers. Berry’s rusty vocals give the track a timeless element and here stands a chorus that you can picture anywhere; from a sweaty and intimate 500 capacity to a festival main stage.

Get your strut on and get down to one of his UK Tour dates starting October 1 following a host of festival shows this summer, get your tickets here: http://www.louisberryofficial.com/live/

Our first flavour of Tampa, Florida’s gloomy shoegazers since 2014’s After The End and it’s rich in a sonorous intelligence that 4AD have become so attuned to.

A pounding rhythm is the backbone of the track drenched, at first, in swirling, Slowdive-esque guitar. The track then erupts into a grimy, gothic march with a bass plucked straight from the depths of hell. It’s an expertly crafted track and you can tell that these lads are eager to transcend any ‘boxes’ we may cram them into; it glimmers kaleidoscopically at times, while at others it pumps blood and guts viciously into it’s soundscape.

Not only are Merchandise excellent musicians, they’ve a wisdom that means they can achieve pretty much anything with their instruments.

Seventeen year old Liv Dawson has sent much more than ripples across the country with her latest track Tapestry; a perfectly executed piece of heartwarming RnB.

The most elegant, undulating vocals rest comfortably over a crisp, laid back hip hop beat as Dawson’s lyrical prowess shines through; thought provoking and dreamy.

The talented youngster already has her name on the same bill as Florence + The Machine and Kendrick Lamar, need I say more?

It’s said that Promise Keeper is yet to play a live show, with a single track under his belt, let’s hope that doesn’t last much longer, eh?

His nostalgic, funky solo track is awash with 80’s signifiers; flutters of tambourine over an electro beat, slick guitar licks and a George Michael-esque vocal that wanders into unorthodox territory giving the track a strong originality.

This one will equally have you searching for the disco ball in the dark as it will have you reclining back and letting those grooves meander round your brain.

A hefty groove powers the track while a medley of, often blissful, vocals and progressive synth riffs send a gust of melodic psychedelia throughout to match some glitzy visuals.

Watch out for live performances, i’m sure these guys will transform their synth rich splashes into a mighty chromatic wave!