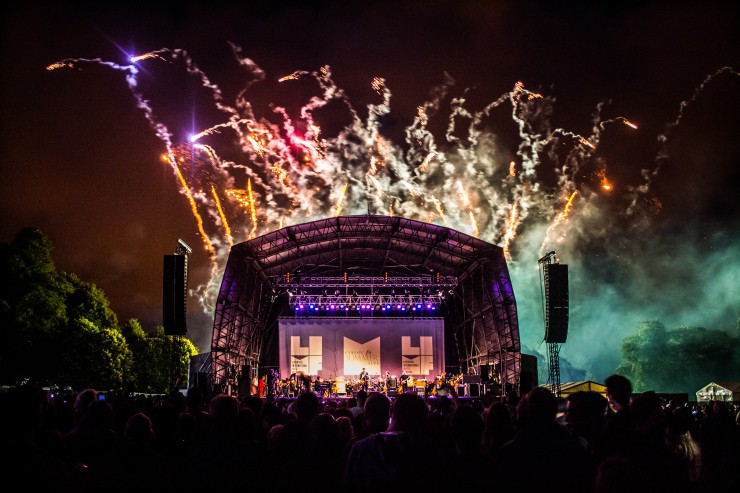 Martin Waters persuades Getintothis’ jack of all trades Vicky Pea to step away from her GIT Social Media duties to tell us about her other role as one of the team’s photographers.

Getintothis:  Tell us a bit about yourself and how you got into photography.
VP: I’ve dabbled with photography and videography since I was about 16 and always loved working with anything visual. After working for a production company in London and doing some travelling I moved to Liverpool and photography was a great way to meet new people and learn my way around the city I now call home.
Getintothis: What was the first gig you shot?
VP: Technically it was a management showcase at the Baltic Social, about eight acts in one night, but my first real gig was Radkey at the Kazimier, which was such a buzz as I loved the band and the venue, and still do.

Getintothis: So what’s in your camera bag when you’re shooting?

VP: When I started out I used to bring everything. It was ridiculous looking back at it now. These days I’ve gotten good at keeping it simple. I have my Nikon DSLR (probably the worst spec of any of the GIT Photogs!) 50mm prime lens, extra batteries and SD cards, then depending on the venue a couple of other lenses, the bigger venues often call for a 300mm + piece and a tripod or two. And earplugs of course. Safety first.

Getintothis: Which is your favourite shot?

VP: I have shots that I’m really proud of on a technical level, but the one I love most is a crowd shot from Andrew WK at the Arts Club. It was the first crowd/full venue shot that ever came out well for me and both the venue and artist used it for promotion. I was just so chuffed when I saw it and realised it wasn’t half bad! 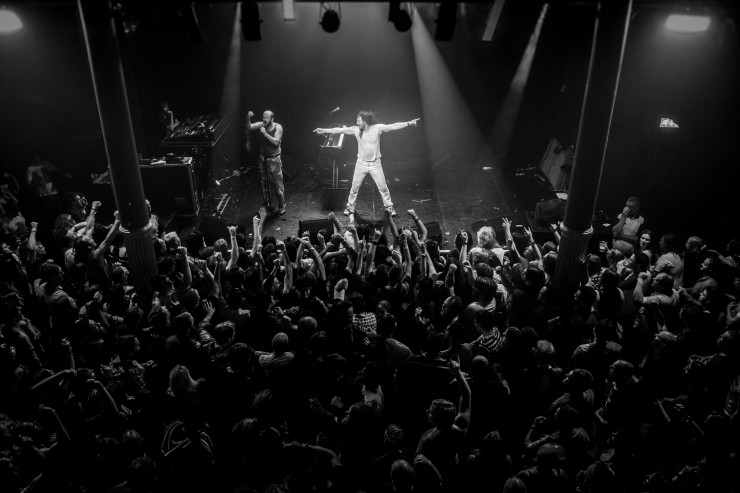 VP: I wouldn’t say I’ve had any terrible shoots, but sometimes, at 22.30 on a Monday night with 8 other people in a room you do question what the hell you’re doing. There’s been picky shoots like Chvrches at LMW. Basically, we were allowed the usual 3 songs but then told if we wanted to go back in to watch the rest of the gig we would have to leave all our gear outside. Doesn’t take a genius to figure out which option we took. Our cameras are our lives! And anything with low light is a pain. The worst experience for light I’ve ever had was Patrick Wolf’s pitch black gig at the Scandinavian Church. The most fun I’ve had on a shoot was for Strange Collective’s Heavy video. It was my first ever video shoot and I didn’t even know I was doing it until I turned up and proceeded to laugh my ass off for a couple of hours.

Getintothis: So what’s your favourite bit of kit?
VP: Hands down, 50mm prime lens. I think that may have been everyone’s answer so far so take note! Sharp as a tack and fast in low light. Wouldn’t leave home without it.
Getintothis: Any particularly difficult musicians?
VP: I have NO doubt there are but fortunately I haven’t had that experience yet. I’ve had difficult management that’s for sure, but usually, the musicians are great. At the end of the day, they want to look good.
Getintothis: Who are your favourite Liverpool bands to shoot?

VP: Ohmns and Strange Collective because it always ends in chaos. Pink Kink are a hoot to shoot, probably impossible to get a bad picture of them. Lilium and SPQR put on a great show too. Clean Cut Kid are rather photogenic as well aren’t they? 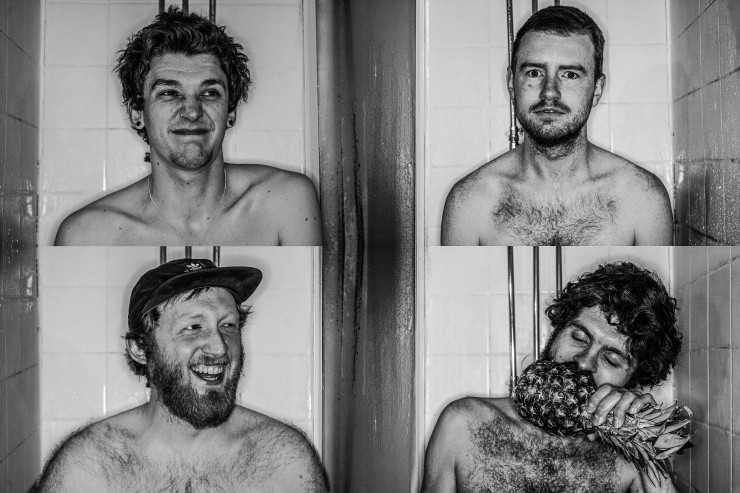 VP: Oh how my heart longs for the Kazimier. The Kaz had the atmosphere most other venues lack, the light was often a pain but it was always a pleasure to be there, the room looked stunning when full and the unique nature of the events that took place there meant there was always something special to see. Other than that Psych Fest is always my photographic highlight of the year, no surprise when you consider the nature of the acts and the visual arts on display.

Getintothis: What one tip would you give anyone starting out?

VP: Have fun, don’t take it or yourself too seriously. You will get knock backs and you will leave shows without the shots and feel gutted but you’ll also always learn something from it, and if all else fails Lightroom will save you.

Getintothis: Best advice you’ve been given?

VP: Look up. It’s really easy to fall into a narrow focus and only observe what you see through the viewfinder, but then you’re missing the real story, don’t capture the band, capture the feeling. Look up, see what’s going on, keep one eye on the crowd and then you will capture the moments everyone else is missing, the ones that will get you noticed. After all, you only need 2 or 3 shots of the band, they look the same every night in every city, so go for something different. 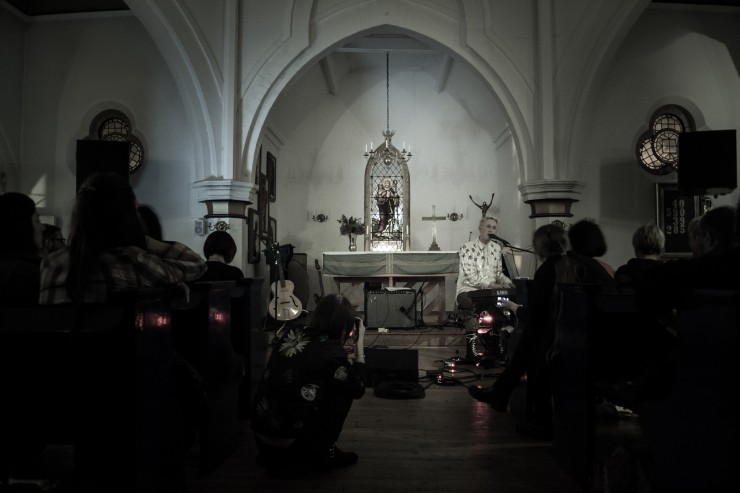 Patrick Wolf in the dark

Getintothis: What’s the worst advice you’ve been given?

VP: “You should switch to Canon”. A Little touch of photographers humour for you there.

VP: Honestly I could name all the usual suspects in regards to portraiture and live photography, but without sounding like too much of a drip the photographers I look up to the most are my fellow GIT snappers. John Johnson, Martin Waters, Sakura, Marty Saleh (the list goes on!). These are the photographers I’m around every week, sometimes every day, and they are the ones that are always happy to give me their time and advice, let me squeeze into their spots in the pit and push me to be better. There’s no competition between us all, just admiration, and if I could get up to a comparable standard to the team we have working for us here, I’d be very happy indeed. They’re also an amazing group of hard working people who just do it for the love of it.

Getintothis: What would be your ideal gig to shoot?

VP: Like anyone I have my personal favourite bands I’d love to shoot, then there’s the super famous acts you’d like to tick off, plus just fantastic visual bands like KISS what would be a feast for the lens, but my ideal gig would be the one that people talk about for years, where something really special happens. And that’s exactly why you keep going to those Monday night gigs at 22.30 with 8 other people. Because you never know!

You can see more of Vicky‘s work here:

See more photographer profiles in our In The Pit archive.

Mark E Smith of The Fall

Patrick Wolf in the dark