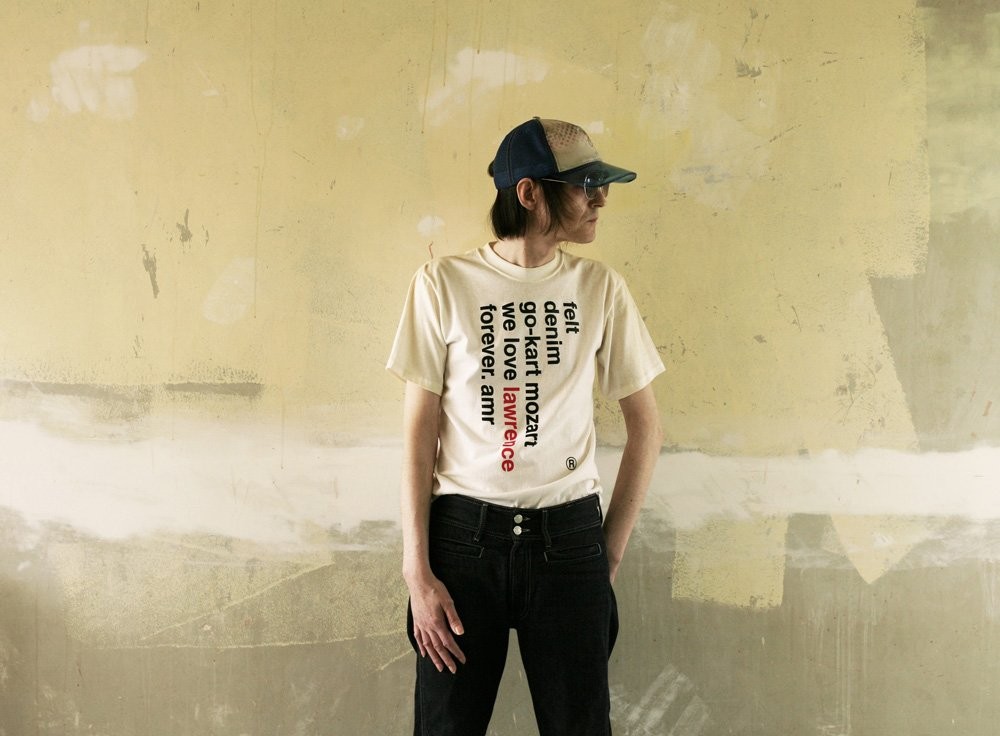 With the acclaimed documentary Lawrence of Belgravia released on DVD later this month, Getitntothis’ Cath Bore celebrates the delights of Lawrence fandom.

Lawrence is a curiosity wrapped in an enigma, if ever there was one. Despite fifteen albums over a period of thirty plus years, the singer, lyricist and guitarist of Felt, Denim and Go-Kart Mozart manages to still somehow avoid the mainstream success he craves.

After the dreamy guitar and abstract observations of his 1980s band Felt came Lawrence phase two, in the form of Denim’s bubblegum and glam rock. Go-Kart Mozart emerged in 1999, in yet another clever and witty pop twist. With every new project comes a different sound and style, it’s like he’s trying to throw us off somehow.

We’d not have it any other way. Lawrence fandom is a test of sorts. His fans, fewer in number now than the fuzzy days of Felt’s Primitive Painters and Penelope Tree, are unflinchingly loyal.

Felt split up in 1989 after releasing ten albums, exactly as Lawrence planned. “It was about creating a group that commanded the same respect as an artist or a film director. I wanted to do that. I hadn’t seen that happen before. I saw…great painters were usually recognised after they were dead. That could be the same for an art group,” he said at the BFI London Film Festival during a Q & A with the film’s director Paul Kelly.

Lawrence of Belgravia, released via Heavenly Films some five years after completion, and limited to 2000 copies, is a long time coming. As one fan reflected wryly on Facebook, “[the film makers] calculated exactly how many Lawrence fans there are in the world, that’s what has taken so long“.

It’s not a safe and steady path to follow, loving Lawrence. You go with the flow. We pretend we don’t know his surname, because that’s how he wants it. We were left bemused one early evening a few years ago when he popped onto our telly screens, on The One Show. One minute we’re calmly eating our tea and the next there’s Lawrence in a giant fur hat bigger than he is, getting interviewed by Giles Brandreth about Denim’s 1997 Summer Smash single.

Our Lawrence, explaining to a teddy bear collecting former Tory MP about the frustrations of following pop’s elusive dream, Summer Smash banned and pulped by his record company because it was due to come out the week Princess Diana died.

It made for classic, and deliciously bonkers, television.

Discover what makes Heavenly Records special with our review of their 25th anniversary party at the Kaz.

In Lawrence of Belgravia, Paul Kelly follows Lawrence’s struggles to establish Go-Kart Mozart, but it’s also an often intimate documentary of the man himself. His money and housing problems plus issues with mental health and drugs are dealt with kindly.

Lawrence, never knowingly seen without his baseball cap, after seeing the film in its entirety for the first time at the festival, said, “I’m pretty emotional actually, it’s an incredible film. I think Paul has done a brilliant job….he’s captured me perfectly…I didn’t want to get involved because I’m a bit of a control freak. And I thought, I’m bound to know how to make it better, so I let him get on with it.”

He loved seeing himself on the silver screen. “I’ve been dying to get on screen for years. I used to sit in the picture house in Birmingham I’d watch a film and kind of imagine myself up there like kids do really. Trouble was, it’s carried on…I watch a film and think yeah, that’s me.”

Lawrence, still steadfast in his belief that pop stardom awaits. As he says in the film, “I want to live in a fame celebrity bubble…the day I don’t have to go on the Tube anymore, is the day I celebrate.”

Delusional? Maybe, but Lawrence wouldn’t be Lawrence if he knew his limits.

“If I could just meet Kate Moss,” he says. “Someone like that is for me.”

With rumours of a new Go-Kart Mozart record on its way, and Lawrence’s brief but beautiful treatment of I’m Glad I Never at the Lee Hazlewood tribute show at the Barbican in London last October, plus the imminent release of Lawrence of Belgravia, our man isn’t done yet, not by a long shot.