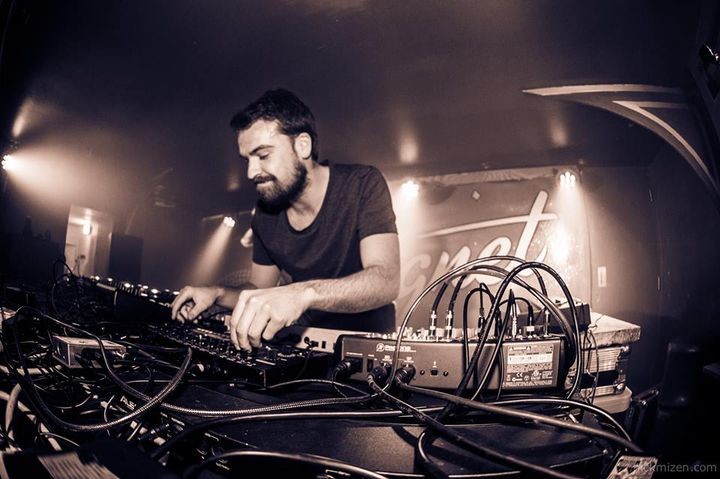 Anyone who knows a thing or two about the Liverpool techno scene will know that we have a wealth of homegrown talent to pick from. John Heckle is one such individual and is arguably also one of our finest exports. Anyone who has got live performances of their material played out at Berlin superclub Tresor, as John did with his Head Front Panel live tour in 2014, is certainly worthy of such an accolade.

John‘s love of the traditional analog sound propagated by techno, and of techno itself, shines through in both his productions, his mixes, and his live performances. When not DJing, Heckle is no stranger to a live synth set-up, and his manipulation of sound modules creates some awesome acid-flecked techno output that DJ Stingray, Octave One and even Underground Resistance would be proud of.

Of course, such modules have been a mainstay in techno since its inception, and to get anything remotely worth listening to is the craft of a real master, one who knows how to layer luscious analog textures, beeps, and beats into the acid sound that techno fans know and love. This is truly evident from Heckle‘s latest offering, a track released on Bedouin Records – Mesopotamia.

The track has all the hallmarks of Heckle‘s live performances, with subtle nuances shifting and changing throughout, making for some lovely acid-y goodness as a result. We can hear influences from some real Detroit masters running through Mesopotamia as that fantastic trademark 303 sound pops up everywhere. The percussive breaks add a jazzy feel to the track – hence the Underground Resistance comparison.

Have a listen and see for yourself just how the productions of a Liverpool techno maestro sound, we guarantee you will not be disappointed.