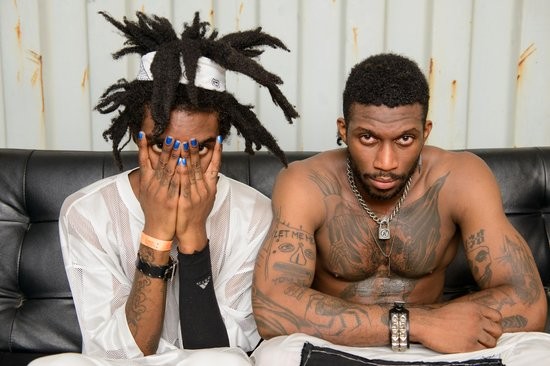 From the darkest corner of New Jersey, freak rap duo Ho99o9 are one nightmare that Getintothis Craig MacDonald is happy to endure.

If you have never had the pleasure of going to New Jersey, then one listen to theOGM and Eaddy, better known as the duo Ho99o9, could make you think that the state has risen straight from the circles of hell.

Pronounced as “Horror”, the unruly duo, who now reside in LA, have been described as anything from rap-punk to metal-hop with plenty of folk trying to pigeon hole their unique sound.

Imagine, if you will, the hardcore rap goodness of KRS One, the doom-clad sound of Pantera and the gut punching punk of Bad Brains, all crushed into a blender and whizzed around into a monstrous paste. Then you’re somewhere near to where Ho99o9 reside.

The group released their latest mixtape Dead Bodies In The Lake late last year, but a full length album is on its way and with a date at Download on the horizon, we can only hope a full UK tour will follow suit.