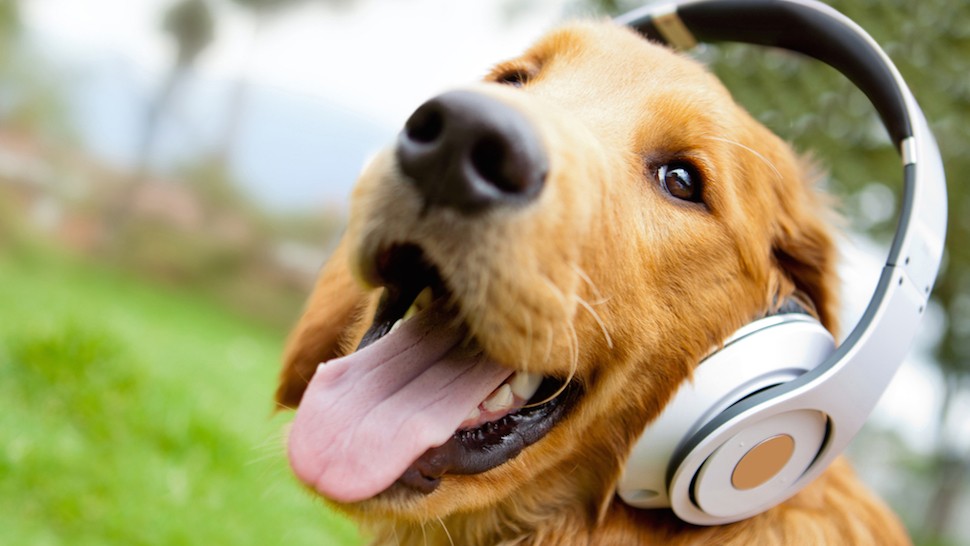 If dogs are man’s best friend they’re going to be pretty chummy with musicians too, so Getintothis’ Joe Giess gives a run down of the best and kookiest dog songs in music.

They say that individuals who find trouble communicating with other people either cathartically expel any anxiety through creating music, or have a special Dr Doolittle relationship with animals. Not quite chewing the fat with a German Shepherd, but you get the point. I would say it’s a safe bet that there are going to be some songs based around those barking best buddies..

Laurie Anderson has a love for dogs so insatiable she’s not only made a film about them, but then created a concert specifically for the frequencies of dogs. David Lee Roth, found a furry friend in some sheep herding border collies and narrates videos about dog psychology, and even put his dog in some more recent Van Halen music videos. Regina Spector cancelled her tour in 2014 when her life long canine partner sadly passed away. She’s not the only one, as Joss Stone respectively took time to mourn when her critter turned to dust.

Thankfully, though, there are a bunch of bands and artists who overcame their infatuation with their mutts to create some decent songs about them. So, if you’re on the crapper and want to kill time, feel free to peruse our Top 10 dog songs below.

Coming from the drips and drabs of David Bowie‘s failed adaption of 1984. This is a sprawling 6 minute rocking garage-cum-glam classic. We’re not sure what kind of dog a diamond dog is, but it’s pretty effective in conjuring up some pretty bizarre images. Probably does a good job of explaining Bowie’s state of mind at the time. Although, come to think of it, that means we’ve encountered a talking dog. Why isn’t that the subject of the song.

Paul Anka? Donny Osmond? Nah. We’re not arsed, it’s all about S Club Juniors. Easily one of the most trite and over-played saccharine songs ever to worm its way into popular culture, with the term ‘Puppy Love’ entering into modern day usage and vernacular. Under no circumstances do you see dogs dating, honeymooning or doing anything more than sniffing and shitting.

And, come on! Just look at that video. What are they doing in that cabin? Why aren’t these children supervised? Why did that Rachel person send a dog there in a fucking box? Can somebody please explain all of this to us?

Iggy Pop, a man renowned for slashing his chest open on stage was never going to write a single based around his love for Chow-Chows, was he? Here the Michigan hero is backed by the Williamson brothers with a song laden with sexual connotations in a proto-punk onslaught. The song is ubiquitously covered by bands wishing to appear edgy without actually being so (though, to be fair, Iggy is a hard act to follow in that respect). Also expect it to be played in every film where a character is deemed a little risqué or close to the cuff.

Type of dog: Cross between Jack Russell, German Shepherd and a Rottweiler; that would be nasty.

Public Enemy, Dr Dre, Snoop Dogg, Ice Cube, Notorious B.I.G, West coast, East coast. It doesn’t matter when it comes to George Clinton, everybody who has had any endeavours into hip hop has undoubtedly stolen a drum track or a sample from this song, particularly the “bow-wow-wow-yippie-yo-yippie-yay” refrain. The precursor to G-Funk, the godfather of hip hop and the funkiest man who ever lived. This was realsed on his first solo output, Computer Games. Make sure to see Dr Funkenstein himself when he comes to Liverpool on July 29.

6. Fido Your Leash Is Too Long (The Magnetic Fields)

If they wrote 69 Songs, there had to be one with a dog in. I’m sure if someone asked Stephen Merritt to write a song about a sausage shaped kite, he could it in about twenty minutes and it would be streamed a thousand times within the hour.

Dogs aren’t the only ones – check out our Top 10 greatest pet songs (or should that be “sounds”?)

One of the Lennon/McCartney gems released on Yellow Submarine. Opening with a riff that will keep in your head for months. Initially the song was entitled Hey Bullfrog, but when McCartney started barking near the end of the song, the title was changed. McCartney allegedly had a sheepdog called Martha and plucked it for the a song written about Jane Asher – Martha, My Dear. What can we say? The man loves his dogs.

A more cryptic song from the Canadian group. A homage to the first dog in space: Laika. Weirdly enough, it’s not the first song about Laika, and we’ve got a inkling it’s not going to be the last. Apparently, Win Butler wanted to explore the themes of one of the first dogs in space, a creature who accomplished something that would be a landmark in any humans life, but then typically, overheated, was victim to poisoned food and crashed down to earth. Which undeniably, is an inspirational and metaphorical goldmine.

Black dogs are synonymous with either the devil or as Winston Churchill‘s analogy for depression. Which has been tossed around eternally in culture, used by everyone from Manic Street Preachers to Led Zeppelin, but the most endearing and poignant interpretation is by Nick Drake which made it in a posthumous collection, still one of his best loved songs.

If you tell me you don’t like this song, I simply won’t believe you. You’re being objectionable on purpose and you need to have a talk with yourself. For this writer, this as an anthem, growing up as a millennial child it’s reared its head at every high school disco ever attended. It will probably appear at both my wedding and funeral. Put simply, it is the finest piece of art commissioned in the last 20 years, except maybe that Numa Numa Yay song by that Romanian boyband.

1. Hellhound On My Trail (Robert Johnson)

As we previously mentioned, the metamorphic aspects of the devil has been picked up in culture on numerous occasions; Milkhail Bulgakov with Behemoth the cat in Master and Maghertia (which was later used as the inspiration for Sympathy For The Devil by The Rolling Stones) but one of the earlier entries for songs about dogs is by the King of Delta Blues: Robert Johnson. His legacy is surrounded in tales of debauchery, juke joints, Faustian myths and an early death. It doesn’t get much more a haunting this this.

Honourable mentions: Hound of Love by Kate Bush, Walking the Dog by Rufus Thomas, I Love My Dog by Cat Stevens, Lady and the Tramp soundtrack and all those songs that are unimaginatively just called Dogs by about a billion people we couldn’t be bothered to Google.