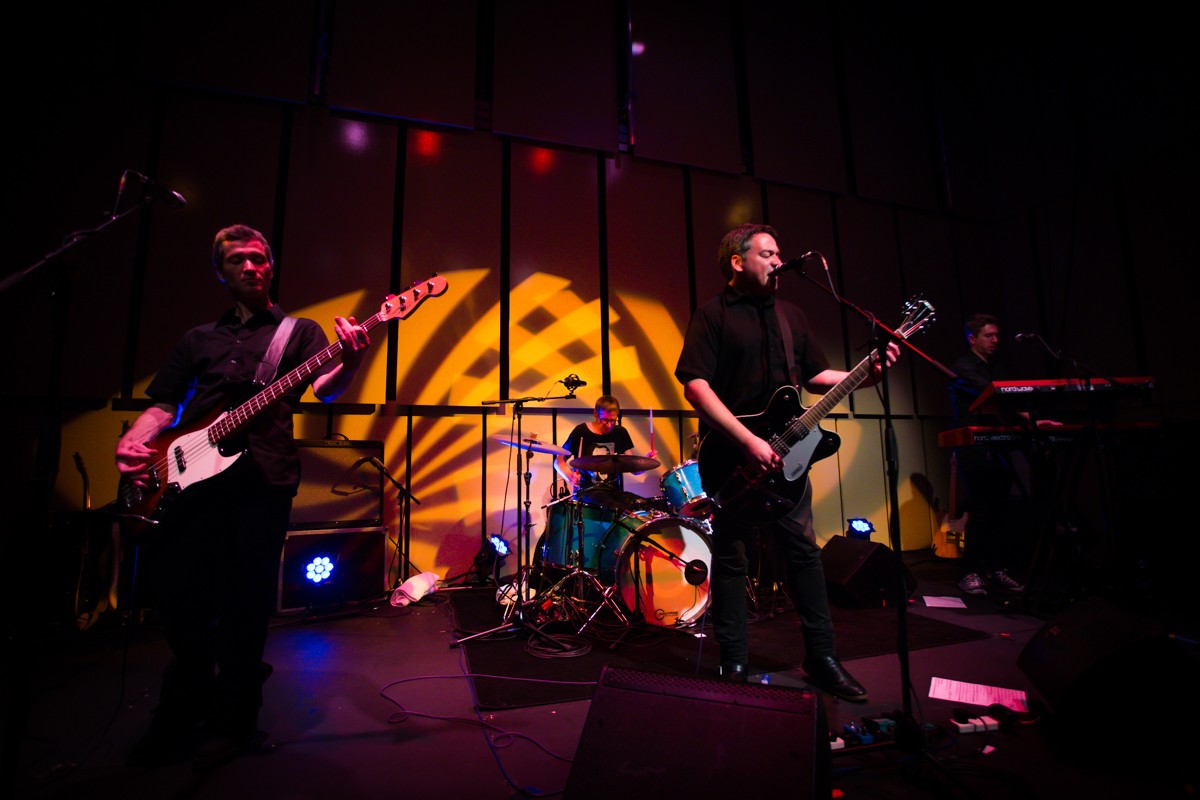 On a night celebrating one of the most enduringly influential bands, Getintothis’ Paul Higham finds the reformed Chills in fine fettle and questions why they remain so niche.

How often is it the case that the most influential artists can call on little more than a cult following of their own? If it has been said that The Velvet Underground caused more people to form bands than they sold records during their career, then it is equally true that the bands who have fallen under the spell of The Chills distinctively chiming indie-pop have leapt to a level of success of which the influencer can only dream.

After all, this is a band that REM‘s Mike Mills once described as the “second greatest band in the world” and whose fusion of 60s psychedelia with the spirit of punk-rock which, when combined with a lo-fi pop sensibility, had a profound influence on, amongst a host of others, Seattle’s emergent grunge scene and the likes of Pavement‘s Stephen Malkmus.

Critical darlings and musical pioneers rarely translate into mainstream success. Some stumble across it accidentally and, all too often, posthumously, while others are reliant on the patronage of their more celebrated disciples. Judging by the slightly sparse crowd at the Philharmonic Hall‘s new Music Room, it is fair to say that the reformed Chills still reside firmly in the niche category, yet this didn’t seem to matter a jot.

For it became abundantly clear that this is a band that attracts a devoted following, a throng of fervent worshippers at the church of Martin Phillips, and this contributed to making the gig feel special. It was one of those nights where you’d gladly forego the discomfort of a heaving venue packed full of half-interested chatterboxes. Even drawing Phillips to comment on the rapt silence, tonight was all about respectful reverence coupled with a sense of excited discovery – albeit the discovery of a band playing Liverpool about 36 years too late (what took you so long?)

Proving that the reformed Chills are more than just a nostalgic trip down memory lane, new songs from their recent and acclaimed Silver Bullets LP stood up to older more vaunted material. Indeed, the new material seemed to possess a reinvigorating and rejuvenating quality, none more so than on the title track and the venomously delivered pop-protest of America Says Hello which bristled with a neck-veined anger.

Yet the defining characteristic of The Chills remains their ramshackle beauty, purity of melody and ebullience of personality, with Phillips‘ distinctive Kiwi drawl proving the focal point. Song after song whistled by with a sense of timing and urgent energy that provided a thrusting counterpoint to the indie-pop jangle.

Drawing heavily on the punch of power-pop, the band nonetheless reminded why the Dunedin Sound and the influence of Flying Nun remains so close to people’s hearts. Rarely have keyboards been so well used within a rock music context, almost forming the distinctive and shape-shifting melodies on their own while Phillips’ guitar offered a sense of drive and rhythmic propulsion. Achieved while retaining a nimbleness and a lightness, throughout The Chills never wholly sacrificed the jangle that left many unable to resist the urge to dance to the effortlessly created indie-pop tunes.

The performance, however, was not without hiccup. Shorn through illness of multi-instrumental violinist Erica Scally there was a need to re-jig the setlist resulting in, on occasions, a stuttering momentum as last-minute changes caused uncertainty and interrupted the flow. Yet as Phillips pointed out, as “professionals” they powered through despite an inability to perform some of their songs in Scally‘s absence.

Having lit the spark early on by introducing Kaleidoscope World as “a song from 1978” undoubted highlights were reserved for later in the set. Pink Frost basked in its otherworldliness while I Love My Leather Jacket changed the tone entirely coming across as something like Loop covering Suicide with its murkily dense motorik-driven atmospherics. As the band struggled manfully to complete the set, someone suggested the latter be played again. The “folk interpretation” hinting at a hitherto unrevealed jazzier core revealed a sense of playfulness yet one that was quickly, and perhaps sensibly, brought to a swift conclusion.

For a band so late into their career there were no trading on past glories. New material fizzed, felt relevant and real all played with an infectiously enthusiastic spirit from which many half their age could take heed. Free from affected posturing it offered a timely reminder that music should be fun for maker and listener. Perhaps late-career mainstream success lies just round the corner after all.

If as a recurring theme, the question on everyone’s lips after By The Sea finished a short but ever so sweet supporting set was surely why aren’t they massive. For their increasingly mature and composed performances combine a technical proficiency with a tightly hewn sense of the epic.

Indeed it is this ability to evoke widescreen vistas squeezed through a narrow full throttle motorik urgency that seems increasingly to define By the Sea‘s sound. That gives rise to an innate contradiction that makes the band’s music so compelling. Introducing new material that seems set to push the band on an upwards trajectory to that mythical next level, we’ll await the promised new album on War Room Records with a renewed sense of anticipation on the back of this performance.