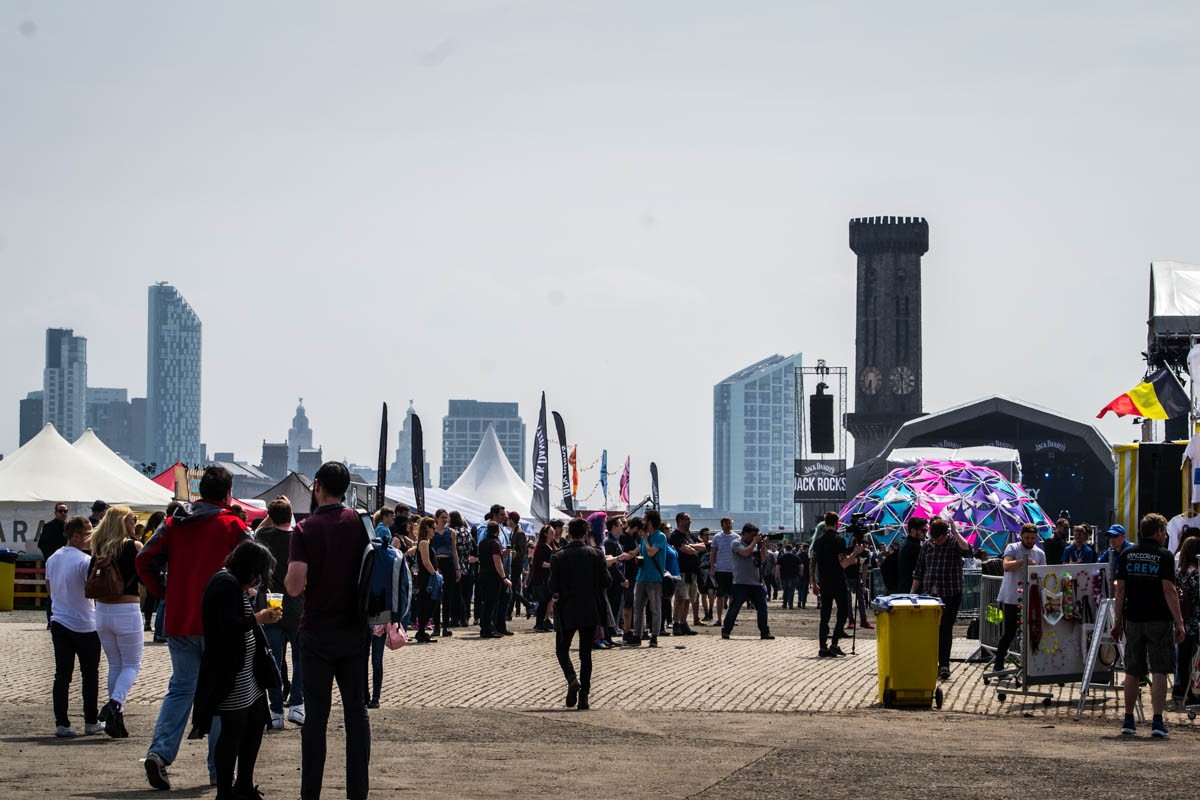 Sound City in the sun

Liverpool Sound City 2016’s music programme bursts into life down the north docklands, Getintothis’ Peter Guy reflects on an action-packed day which sees the festival return to its roots.

Last year’s Liverpool Sound City was a curious beast. In booking Flaming Lips, Belle & Sebastian, Swans and other heavy-weight hitters it ensured its status as a serious proposition in the festival stakes.

A Best Metropolitan honour at the UK Festival Awards backed up what regular punters already knew while reaffirming its status as a must-attend happening to music lovers on Merseyside. Yet, these accolades and big billing artists served to whet the appetite of a different breed of music fan – those who never attended Static Gallery for whacked out improv jazz-disco from Bulgaria or happenstance across Polish dance lunatics Plum in Mello Mello at 3am as the last remaining dregs of vegetarian lasagne was scraped into binliners. Indeed, 2015’s Sound City encouraged regular festival attendees and casual day-trippers who had little interest in the ‘discover at will’ policy of emerging artists which the festival was founded upon. Seemingly inside of 18 months the mindset of not just the audience but what was expected of Sound City had changed, and suddenly investors, organisers and punters were aligned to a page which meant very different things.

Speed forward to the 2016 edition, and Saturday’s opening music bill read very differently from Sound City’s regular billing. Yet, what unfolded was curiously, if you looked for it, their most enlightening line up in some years. Escape from the landfill turgid crud of Catfish And The Bottlemen and the line up was as inviting as it was investigative – and the discoveries were aplenty. 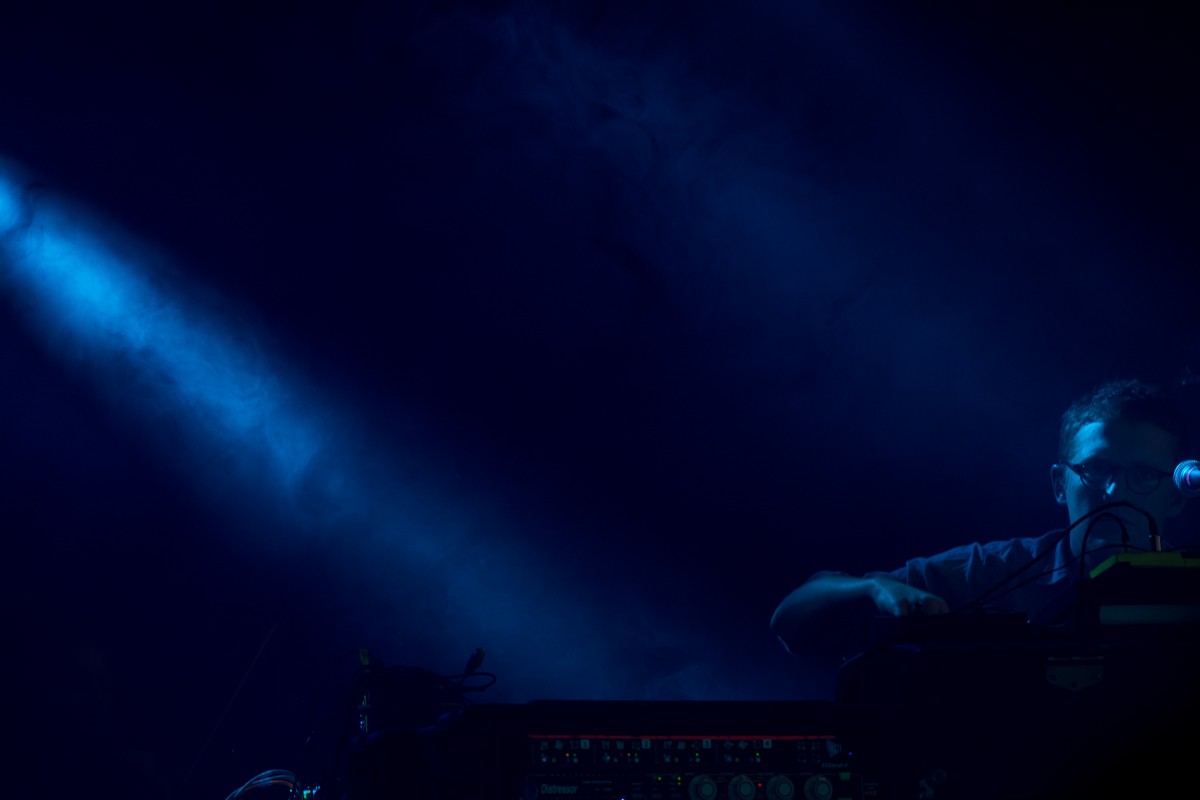 In truth, nothing blows our mind until mid-afternoon when Floating Points (one of many acts to benefit from the expansive, and superbly homed dance acts in the Baltic Warehouse) combine the terrifying Taxi Driver squall of Bernard Herrmann, the high-octane jazz of John Coltrane and Miles Davis with the intelligent progressive electronica of Jon Hopkins – it’s sublime on so many levels; collapsing and arching, almost post-rock in it’s execution yet remaining jazzy and rockist – recalling Mahavishnu Orchestra‘s Inner Mounting Flame but with greater BPM. It’s outstanding stuff. The only slight drawback it’s at 5.30pm.

Elsewhere, the Merseysiders stand up and deliver once again. Sound City truly depends upon it’s homegrown artists, and 2016 is no different; XamVolo justifies his significance as the Ali of soul-power, Feral Love appear cheekily joyful in their semi-rehearsed collab with New Zealanders Wake Island, Blue Saint is dramatic and pensive in equal measure early doors on the tall ship while Tom Low, Shrinking Minds and Youth Hostel are all good value. 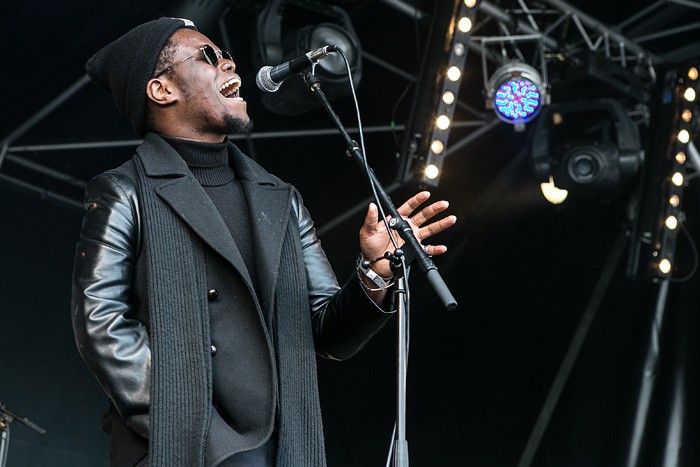 The greatest success story of the day – on the Liverpool front, anyway – comes in the shape of main stage rock & rollers, Sugarmen who follow up the reward of hard graft and blossoming musicality with the news of a three album deal with Warner (Seymour Stein, the man who signed and nurtured Talking Heads, Madonna and Echo & The Bunnymen has snapped them up and is side stage watching his new charges). Of course they don’t mention this, and instead deliver a set which is bracing, fresh and oozing rhythmic flair – they’re on to a winner, and it couldn’t happen to finer lads.

Of course there are troughs to balance out these peaks; the entire day is an easy-going affair – aided by the beautiful sunshine we coast along rather than getting swept away by the Sound City energy of old – there is little genuine buzz. The toilet situation is dire. Not that they’re dirty, but far, far too few. The sounding bleeding issues so prevalent in 2015 are almost entirely negated yet the actual size of the site prevents it being truly a perfect listen. While there’s a serious volume of very MoR artists present – something we’ve yet to encounter at previous Sound City‘s – one which is more apparent within such an enclosed space. 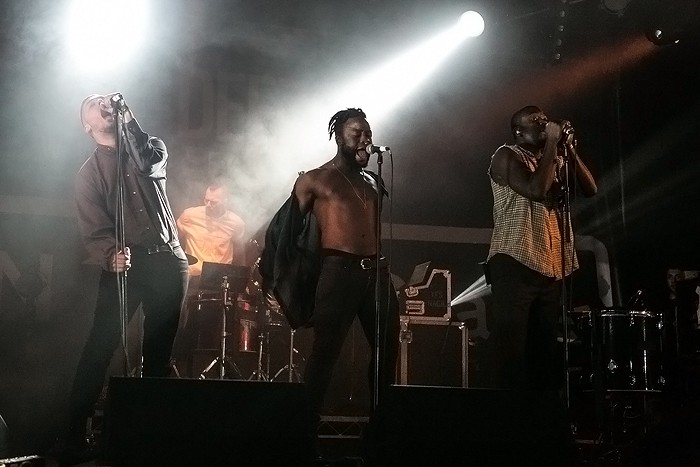 But, the opening day should be considered an easy-going success, and it’s left to artists who are anything but easy-going, yet already intrinsically linked to Liverpool, Young Fathers (booked first time round by EVOL main man Revo) to close the day on a definitive high – propulsive, chest-beating (and naked), sweat-dripping and verbose, they shake the North Stage in characteristically emphatic fashion. As the steam rises above a purple hazy River Mersey we head away from the Sound City feeling invigorated and content. Not elated but knowing everything was just right. And that’s just fine with us.

Kahleen and Mary the tall ship

I Set the Sea on Fire

Fun in the Sun

Colonel Mustard and the Dijon Five

Love is in the air…