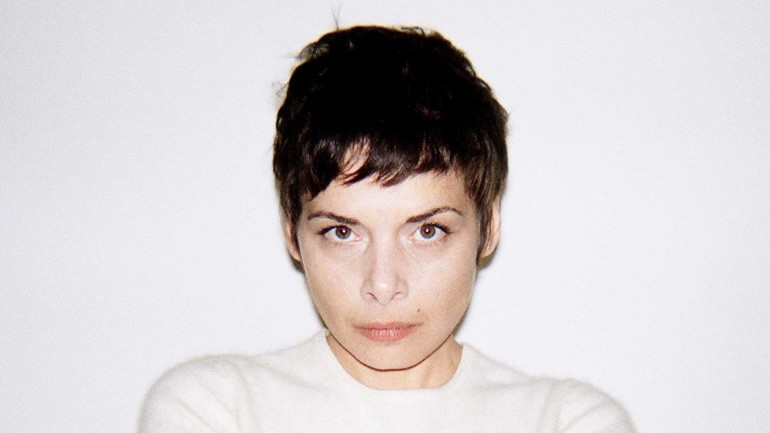 Getintothis’ Paul Fitzgerald picked up a copy of the latest release from the jazz singer and flautist, and found much light and colour in the darkness of this 25 minute single tracked album.

As Belgium’s Melanie Di Biasio toured the UK and mainland Europe in 2015, she found cities in a state of flux, unfettered redevelopment, a land of unimaginative glass and steel constructs and the banal vision of dystopia landscapes, and she found it most prevalent, most often, and most clearly, in former industrial landscapes, a denial of the past almost, a rewriting of history.

Cities with huge histories. Cities of industry. Manchester, Bilbao, Detroit, even her hometown of Charleroi. This train of thought forms much of the inspiration behind her new release, Blackened Cities, a beautifully sedate 25 minute atmospheric stroll, a landscape composition in itself structured around tight drifting hip hop beats, double bass, piano, flute and analogue synths.

It’s a skin bare sound, a minimalist production, an immersive, emotive and sensuous build written by Di Biasio and her band, almost accidentally on a single afternoon. Much heralded and championed here in the UK by Gilles Peterson on the release of her last album No Deal in 2014, Di Biasio is rightly lauded in her home country, and undoubtedly one of the true great new jazz voices.