Former Coral man Lee Southall talks to Getintothis’ Will Neville about his upcoming solo debut album, and life out of the fast lane.

Lee Southall was a long-time member of The Coral, contributing guitar and occasional songwriting to their first seven albums, before leaving the band for personal reasons.

After recording an unreleased album with singer Molly Jones (Goodbye To The River) as Northern Sky in 2013 (a project that “just fizzled out, we ran out of money”), he will be hoping for bigger and better things with his new solo work, which is currently due to be entitled Between Two Worlds, a song lyric and reference to the journey in leaving The Coral, becoming a father and the environment in which he lives and works.

“I live on a hill in West Yorkshire and the valley below can often be shrouded in fog, it’s a different climate up here on the hill. As it’s Yorkshire we can experience every type of weather in one day. There’s been a few emotional storms in my life over the past few years too.

“All the tracks on the album are definitely connected – they fit together. There’s also lots of journeys in the different tracks. I’m the only member of The Coral to have moved away, become a father – and that’s a big journey. The working title sort of links with the journey, and the location where the songs were written – on a hill surrounded by a belt of fog.”

He clearly took on a mammoth task, recording everything in his spare time at home in Hebden Bridge, playing acoustic and electric guitars, bass, keyboards, drums and percussion, in fact “anything I can grab”:

”I was going to go to a studio at first, I weighed it up, and I just couldn’t afford it. So I thought the best thing to do was get my own equipment and do it myself. It’s the first time I’ve had a computer. I just started doing it, and I thought I may as well do it myself.

“It’s got its own sound, obviously it’s recorded in my house – I’ve had the drums on my bathroom, and done the vocals in the hall, the bass in bed waking up in the morning.”

The new material carries the imprint of classic folky singer/songwriters such as John Martyn, Bert Jansch, Joni Mitchell and James Taylor, as well as more recent discoveries like Fleet Foxes.

He declares that the process of making the album has boosted his skills as a musician.

“I wouldn’t say I was prolific on any other instrument apart from the guitar, but sitting down after a couple of hours, I just thought it’s not that hard. I’m not playing really difficult beats, it’s kind of simple, and the basslines are really melodic. I’ve kept it simple, it’s been enjoyable doing it all. I guess I’m the only one to blame.”

A nice side effect seems to have been the overall impact that making this album has had on his general confidence, not just as a player:

“Before The Coral stopped, I had ideas I knew weren’t going to fit, and I was writing with Molly at the time. It’s literally the last year, it’s all come at once. In The Coral it was great, I got to write with James (Skelly) but I was always a bit nervous about giving lyrics.

“I was so focused on being a guitarist, obviously when you’ve got James and Nick (Power) writing really good songs, every now and then I’d come up with something and take it to them. This time I feel confident and I feel I’ve just got to be honest with it. The songs are really honest, what I’ve been going through in the past year or what I’ve seen.”

He is clearly proud of his time in The Coral, even if this is part of his past, for now at least. His co-writes with the band covered a lot of ground, from the mellow psych of Willow Song with its Fleetwood Mac feel, through the gently swaying traditional pop of Cobwebs back to the folkier Leaving Today and quirky Auntie’s Operation.

“They’re saying the door’s still open, but sometimes it’s nice to have a change and it’s healthy. What they’re doing at the minute is a bit heavier and Paul Molloy is going to bring something different. I had a weird dream the other week – all of us back on stage with Bill (Ryder-Jones), and it freaked me out. Maybe someday in the future that would be nice because I did miss Bill as a guitarist and as a friend.”

He says that the favourite of his co-writes with the band is a gently rolling track from 2010’s sixth album Butterfly House.

“I really love Walking In The Winter. I remember writing that, I took it to James and we worked on the lyrics and I remember thinking that’s a really strong song. I listened to Another Turn In The Lock the other week and I thought that’s a decent track and that was really early on.” 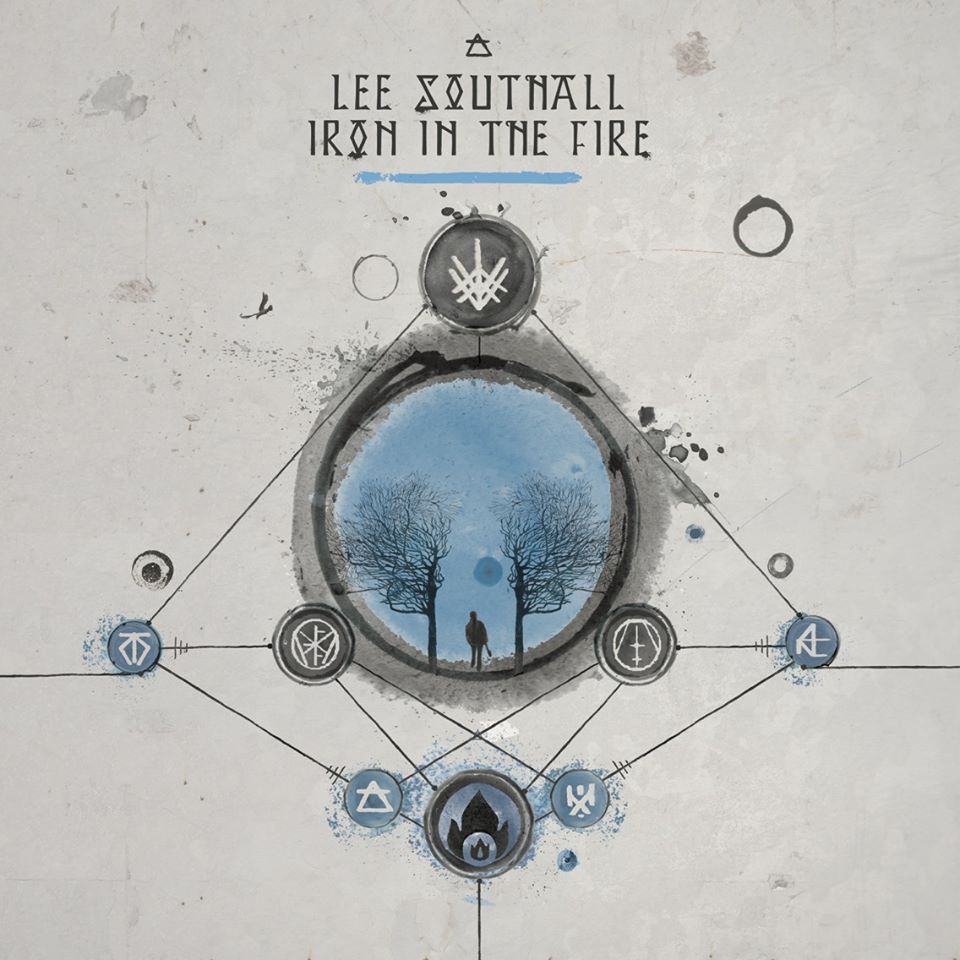 Iron in the Fire – released April 21

Unsurprisingly though, he is spending his energies looking forwards, and is looking to embrace whatever it takes to get his album out to the people, starting off by mixing it with Ali Staton, who has previously worked with Northern Sky as well as the likes of Madonna, Tricky, Lamb and Rufus Wainwright.

“Once I get it mixed, hopefully there’ll be a little label interested in putting it out, that’d be perfect – otherwise I’ll have to do it independently.  I really hope a small label will get behind it and give it a good go.

“Because I’ve been with The Coral, through the years it was all done for us in that kind of way, the promotion, it will be quite strange to do it on my own, but if I do I have to it and that’s the way it is.”

We eagerly anticipate the release of the album, and hope that he can line up some more gigs to build on his recent good experiences playing with the likes of Laura Marling, Mick Flannery and Ryley Walker:

“It was really good. Obviously he’s very influenced by that British folk scene. The gig was last minute, it was sold out, no-one knew who I was. There were 500 people, and no-one spoke, they just listened. I got a really good reception and I was made up. Ryley Walker was brilliant as well.”